Towards penetrating in the Indian offline retail space, Amazon is partnering with the country’s one of the leading retailers.

Amazon announced this in an official release on January 06, 2020.

Under the deal, Future Retail will feature Amazon’s products across its offline stores and Amazon will also be the official online channel for the former’s hundreds of stores.

“This arrangement will allow us to build upon each other’s strengths in the physical and digital space,” says Future Retail chairman Kishore Biyani.

Amazon currently accounts for 30% of the Indian online retail space and has been looking forward for offline penetration.

The new deal valued USD 2 billion is also seen as a relief to Amazon in its efforts to counter Jio Mart, Reliance’s flagship ecommerce initiative.

The Indian retail market is expected to be worth USD 1.4 trillion by 2021. While the ecommerce only accounts for 5% of this market, online grocery is going to be the next big thing in the retail industry.

As the surveys show, India has around 700 million internet users and its online retail market is expected to be worth USD 200 billion by 2027. 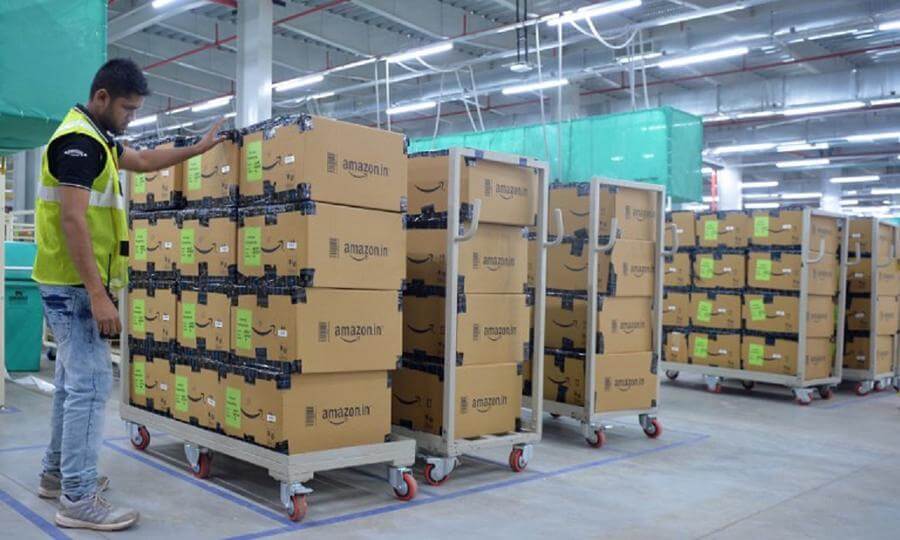 Amazon has already begun its moves to tap this huge potential. Establishment of its world’s biggest office in Hyderabad is one in that direction.

Now, the new deal will bring Amazon more closer to the Indian market.