Indian local traders and businessmen, who usually compete among themselves, have come together for a cause.

And, the cause is “Amazon, Flipkart! Go Back Go Back”!

More than 50 merchants gathered at New Delhi’s largest wholesale bazaar in line with around 700 similar protests against the e-commerce giants held across the country, recently.

They claim that the global e-commerce players are violating rules and adopting predatory pricing. This is ultimately impacting the local retail business that is currently serving 1.3 billion consumers, say the merchants.

“Amazon and Flipkart are a second version of the East India company. The motive of Amazon and Flipkart is not to do business, but to monopolize and control,” says Praveen Khandelwal, national secretary of the Confederation of All India Traders (CAIT).

While Indian Government had called for investigation into this matter, Amazon and Walmart (owner of Flipkart) say they haven’t violated Indian laws and are only acting as third-party marketplace.

This situation adds to the woes of Indian businessmen who are already facing the consequences of India’s current economic slowdown.

As a representation of around 70 million small merchants who control 90% of the Indian retail market, the Indian shopkeepers union has a crucial role to play in India’s business growth.

“For a government, especially a government of the BJP, which has the support of small businessmen, it may not be prudent or politically advisable to totally ignore such demands. They would have to be seen taking some steps at least,” says Sandeep Shastri, a political scientist at Jain University in Bangalore.

Citing their deeds, the union demands the government to shut those online marketplaces until they meet regulations. 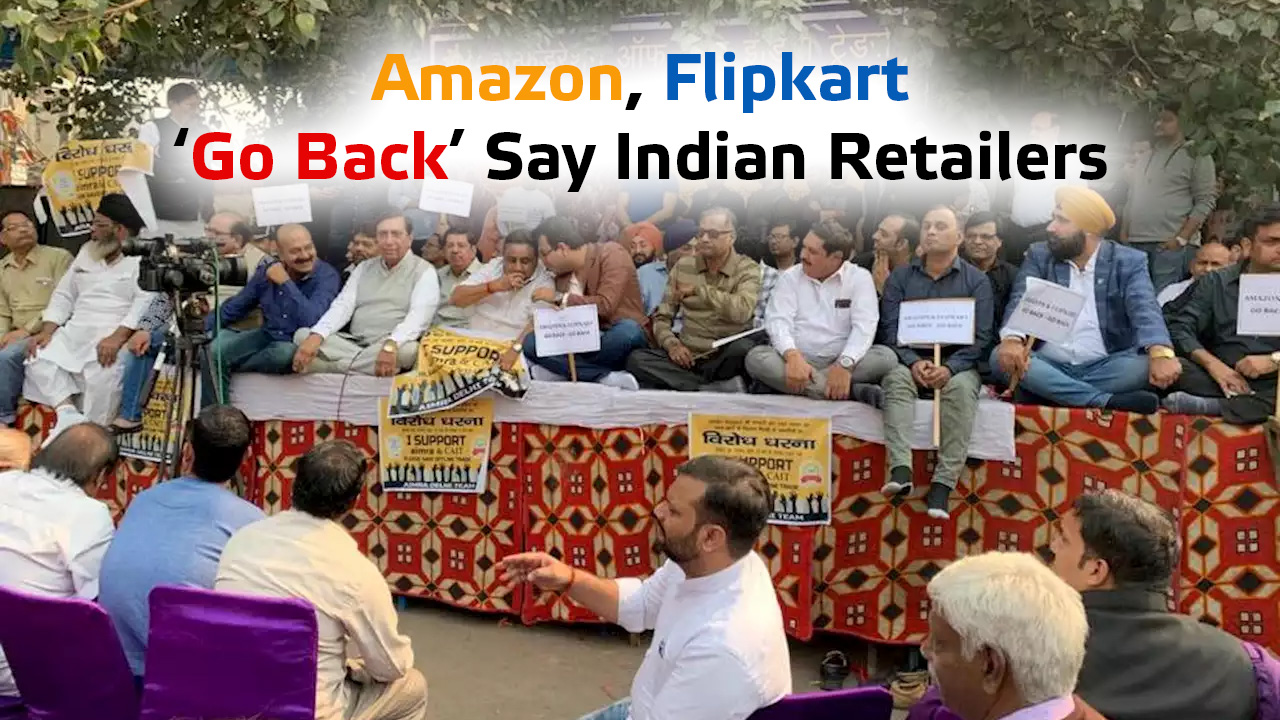 The union was earlier successful in moving the government to place restrictions on foreign retailers, which resulted in strict local sourcing rules and a minimum USD 100 million investment.

The union also had a crucial role last year, when the government tightened regulations on the way these giants sell goods online. Eventually, Amazon and Flipkart had to rework on major part of their local operations.

The situation worsened after Walmart’s acquisition of Flipkart and Amazon’s exit from China, raising more doubts on their Indian investment.

The Union’s demand is now coming at a point when Amazon CEO Jeff Bezos is planning to USD 5.5 billion to win Indian market and Walmart made the retail’s biggest deal ever with of USD 16 billion through Flipkart’s acquisition.

It’s time for the government to keep a close watch on the issue!