India continues in the top order as the world’s second biggest arms importer, with only a little progress over the decade.

According to the Stockholm International Peace Research Institute (SIPRI), the country accounted for 9 percent of the global arms imports during 2015-19.

India followed Saudi Arabia, which is at the first position with 12 percent share in the global arms imports. 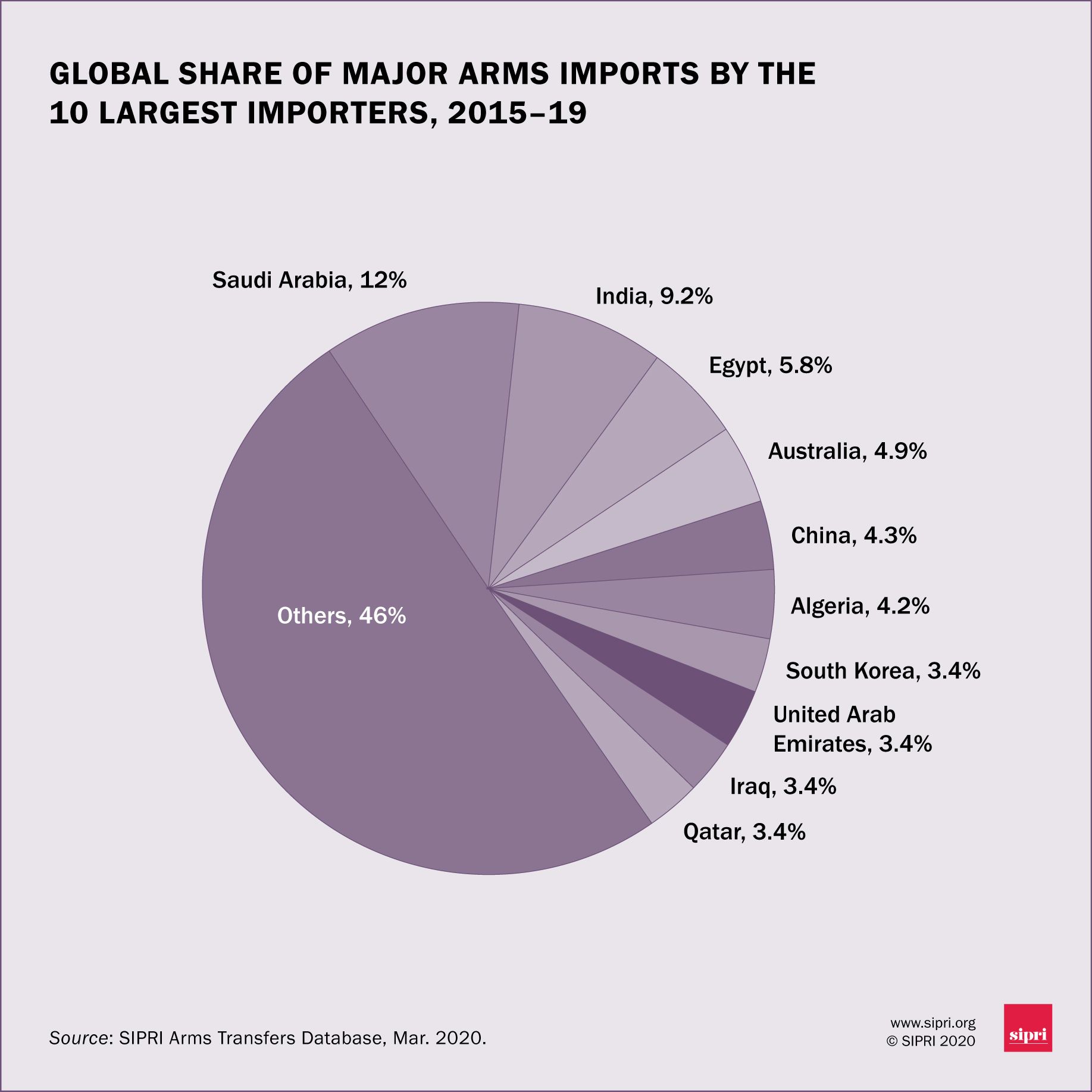 “Between 2010-14 and 2015-19, arms imports by India and Pakistan decreased by 32 percent and 39 percent respectively. While both countries have long-standing aims to produce their own major arms, they remain largely dependent on imports and have substantial outstanding orders and plans for imports of all types of major arms,” said SIPRI in a release.

It cited an example of India-Pakistan Balakot air strikes, stating the two nations were dependent on foreign weapons for the collision.

This clearly shows the India’s dependence on arms imports even at the emergency situations.

[MUST READ: ‘Make in India’ Defense: India To Supply Advanced Radars to Armenia] 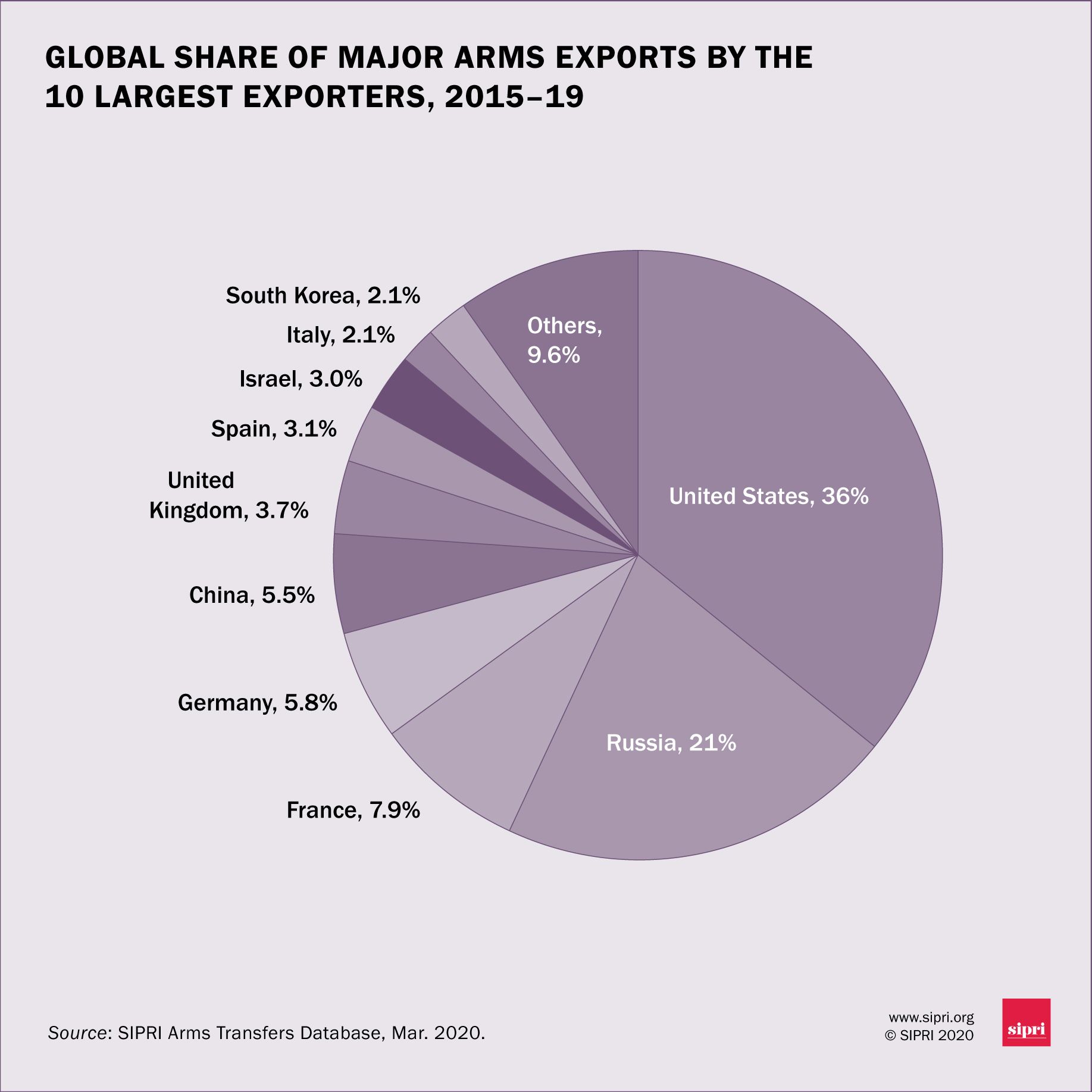 Even the imports from US, the second largest exporter to India, also declined by 51 percent during 2015-19.

“In contrast, arms imports from Israel and France increased, by 175 percent and 715 percent respectively, making them the second and third largest suppliers to India during the 2015-19,” SIPRI informed.

While, the US arms shipments to India doesn’t include the USD 21,000 crore signed during President Donald Trump’s recent India visit.

Whereas, Pakistan arms imports from US, which was earlier 30 percent, saw a decline to remain just 4.1 percent during 2015-19, after US decided to military aid to the latter.

India’s global ranking in terms of arms imports comes as a disappointment in view of the country’s ‘Make in India’ that aims to build a strong defense base to India. 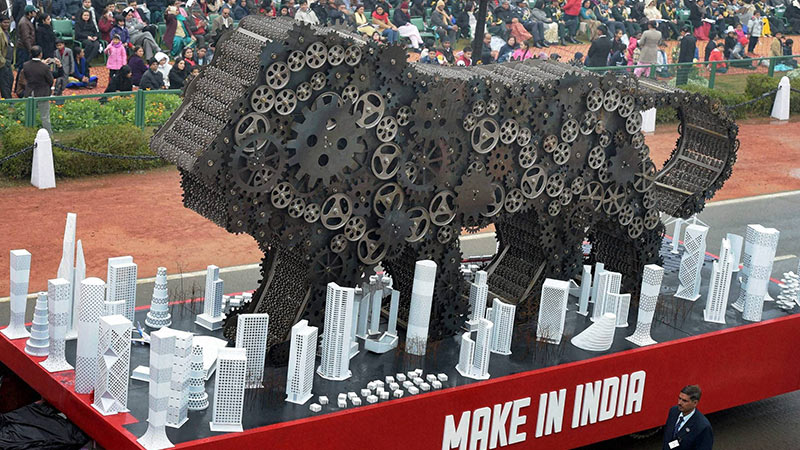 Earlier this week, Defense Minister said the country is aiming at a defense exports worth USD 5 billion over the next five years.

Hope the new ambitions driven by the ‘Make in India’ program will help the nation in becoming self-sustainable in defense equipment.