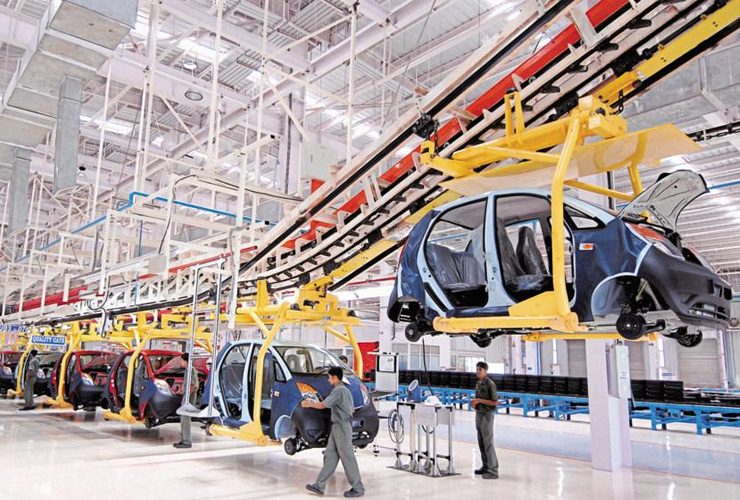 Seems the demonetization effect is still not letting the Indian industry to settle down!

The effect seems to be heavily impacting the country’s one of the leading GDP contributors, the auto industry. This became evident in the shocking revelations made by the Auto Component Manufacturers Association of India (ACMAI).

According to ACMAI, the industry is suffering from declining sales and is on its path to losing out around as many as million jobs in the months ahead. The industry currently employs around 37 million people.

“This is a trickle-down impact of the slowdown,” says Vinnie Mehta, Director General, ACMAI.

Demonetization and the later Goods and Service Tax (GST) were largely blamed for this situation of the declining manufacturing sector, especially the auto industry.

As per the statistics, growth in the labor-intensive manufacturing sector has almost stalled falling to 0.6% in the previous quarter of 2019, showing a 12% year-on-year decline.

The sale of cars in August 2019 have shown a 41% year-on-year decline, while trucks and buses saw a 39% fall, followed by 22% decline in motorcycle sales.

Coming to the leading market players, leading auto player Maruti has seen a drastic impact that led to the shutdown of its two operating plants in the country for two continuous days. The company had to lay off around 3,000 temporary workers.

According to the Mumbai-based ‘Centre for Monitoring the Indian Economy’, India’s unemployment rate has increased from 3.4% (before GST roll out) to 8.4% as of August 2019.

Jayati Ghosh, an economist at JNU New Delhi, terms demonetization as the “biggest policy mistake of independent India” and opines that has drastically reduced consumption “because people had no cash to pay.”

“Demonetization pulled the rug under the feet of India’s cash economy and the informal sector was the worst hit. The much-hyped reform triggered the current economic slowdown,” says Dr Pronab Sen, India’s former chief economic adviser and Director of the India program at the London School of Economics’ International Growth Center.

It is even difficult for policymakers to get a clear picture of the overall Indian economy, considering the country’s huge informal sector, say the experts.

We do an extensive coverage of more India-related current business news updates. Catch us on Social Media across Facebook, Twitter,Instagram and Youtube for latest live news updates.