As per the market estimates, India’s fiscal deficit for the fiscal year 2020/21 ending in March is likely to be over 7% of Gross Domestic Product (GDP), as revue collections plunged drastically amid the pandemic.

Earlier in February 2020, the Indian Government has estimated the fiscal deficit to be at 3.5% for the current year. Though the estimated government borrowing stood at INR 7.8 trillion at first, it was later revised to INR 12 trillion to provide relief funds during the pandemic.

The fiscal deficit would be higher than the number projected by the private economists as they considered a rise in tax collections in the second half of the FY 2020/21. But the government sources claim that the rise won’t be sufficient to compensate for losses amid the pandemic.

“The fiscal deficit will be bigger than what is estimated. Our revenue collections suffered due to the complete lockdown in the first three months, and that is hard to recover. What we’re looking at is a 7% plus, ” said a source.

The revenue drop from tax and divestment of government companies could be as much as INR 7 trillion, said another source.

The stringent lockdown restrictions with the onset of coronavirus pandemic inflicted a severe loss on the Indian economy. The country recorded its first-ever recession with a drop of 23.9% in the April-June quarter and a 7.5% fall in the September quarter.

As per the first advanced estimates by the National Statistical Office (NSO), the nation’s GDP is estimated to contract by 7.7% in 2020/21, compared to a 4.2% rise in the last fiscal. 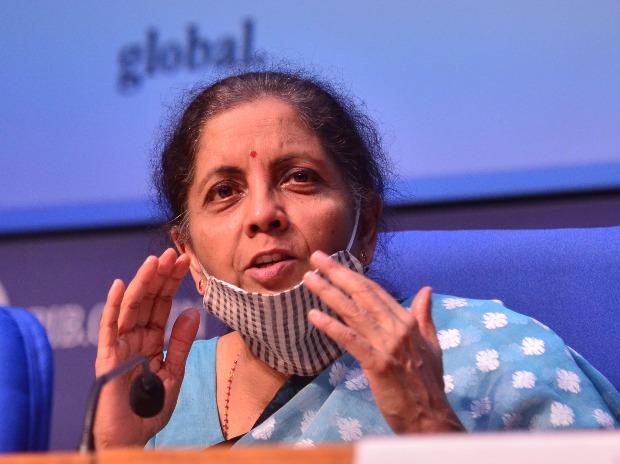 However, the final fiscal deficit estimates will be announced by Finance Minister Nirmala Sitharaman on February 1, 2020, during the annual budget presentation.