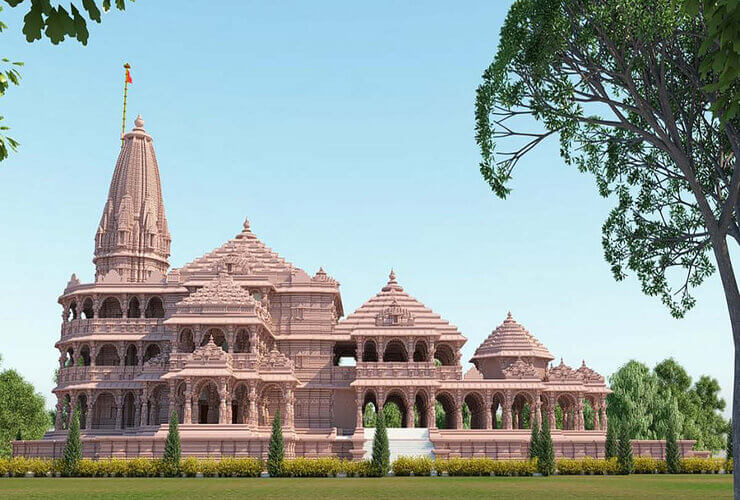 Led by Vishva Hindu Parishad (VHP), the fundraising campaign, which was inaugurated on Makar Sankranti, was concluded on Saturday, i.e., February 27, 2021.

“The campaign recorded unforgettable, astonishing, and heart-warming memories,” said the VHP in a press note.

According to Advocate Alok Kumar, the central working president of VHP and national convenor of this campaign, four million dedicated karyakartas as part of one million teams went from door to door in states, cities, towns, districts, tehsils, and villages to collect funds.

“Through this biggest campaign of the world, the devotion, faith, and dedication shown by the contributors towards Ramji was uplifting and soul-stirring,” said Alok.

Though the campaign was estimated to collect INR 1,100 crore at the time of its launch, the unprecedented public participation helped collect much more than the anticipated amount.

“Crores of Hindu families from millions of villages, towns, and cities connected with this campaign with love, affection, and fondness. During this drive, the Karyakartas had rendezvous with many emotional moments and situations, and they also saw many people contributing beyond their ability,” said Alok Kumar.

“The first citizen of India, President Ram Nath Kovind, to those sleeping on the pavements contributed from their pious incomes and connected with Lord Shri Ram,” he added.

President Kovind initiated the drive by donating INR 5 lakh for the construction of the temple in Ayodhya.

The VHP has further informed that the data, experiences, and inspiring episodes and anecdotes of the fundraising campaign are being compiled and would be put before the country soon.