Indian courts saw an increasing number of citizens booked for environment related violations and offences in 2018.

By states, Tamil Nadu had the highest number of convicts of around 13,700 and Maharashtra (500) reported the lowest number of cases.

By type of pollution caused, air, water and noise pollution, and forest-related offenses were among the serious concerns in major parts of the country.

Discharge of wastewater has reportedly contributed to the growth of weed and green spaces around Powai Lake in Mumbai.

In total, Maharashtra reported only one case under water pollution in 2018, with four cases reported in other areas across the nation.

Coming to air pollution, motor vehicles were top sources of atmospheric pollution. Mumbai alone is witnessing the addition of around 96,000 motor vehicles, annually. 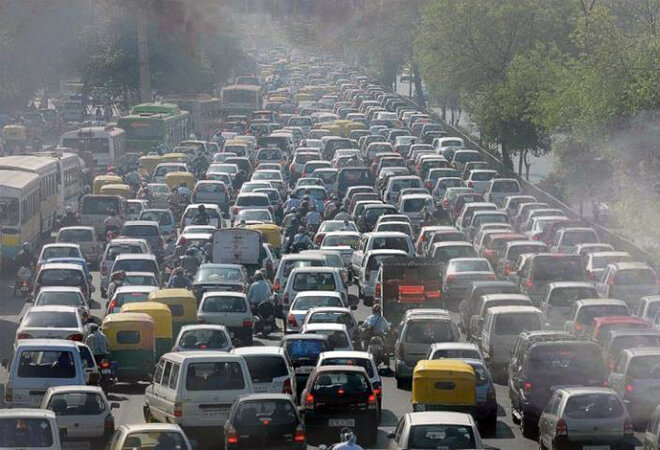 “There is a lack of sustainable mobility planning in Mumbai. Infrastructure projects do not seem to acknowledge the climate crisis or rising water levels,” said Urban Planner Hussain Indorewala in his address to the Mumbai Press Club.

“Pollution caused by accidents, wars, ship dissimilating and repair is practically ignored and there is no measurement of the long-term damage done to the environment,” says Dr Shyam Asolekar, Professor at IIT-Bombay.

Coming to other forms of violations, around 2000 convicts were booked under offenses related to Forest and Forest Conservation across the country.

Around 6,700 people were booked for noise pollution related offenses.

Overall, the Cigarette and Other Tobacco Products Act recorded the highest number of environmental offenses (22,000) in 2018.