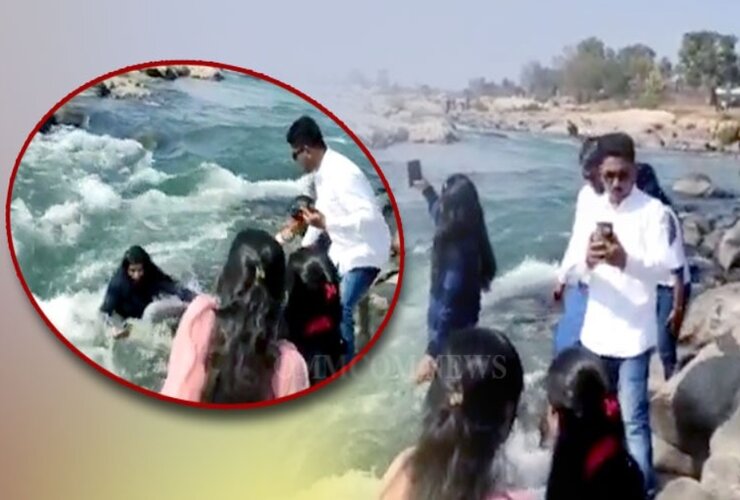 In a horrific incident, a woman, identified as Nirupama Prajapati, lost her life after falling into a river while trying to take a selfie.

The incident took place on January 3 at a popular picnic spot near Kanakund in the Sundargarh district, Odisha. Nirupama went to the spot for a picnic with her friends. She slipped and fell into the river when she was taking selfies standing on the riverine rocks.

The video of the horrific incident captured by one of her friends went viral on Monday. In the video, Nirupama was seen trying to click selfies in various postures, standing on a rock on the riverbank. A man, who tried to step on a rock near Nirupama, lost his balance and pushed her into the river, accidentally.

She was instantly swept away by the strong currents, and her body was retrieved the next day after the fire department and her family searched the river for 22 hours. As per the reports, her body was found in a stone cavity in deep water 400 meters away from the spot.

Nirupama’s death is one of the latest in the string of selfie-related deaths that India observes every year and highlights the deleterious effects of selfie mania.

As per a recent study, 259 selfie deaths in 137 incidents were reported globally between October 2011 and November 2017, with the highest deaths in India, followed by Russia, the US, and Pakistan.