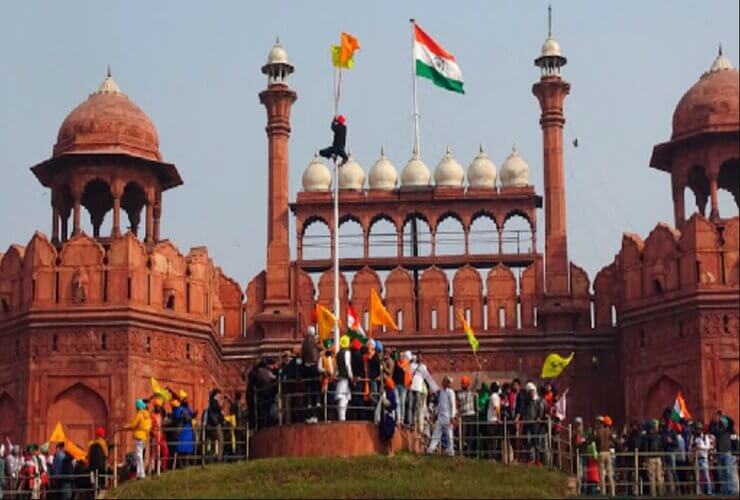 What started as peaceful protests on November 26 last year, when thousands of farmers gathered across the national capital opposing the Farm Bill 2020, took a violent turn on the 72nd Republic Day.

The farmers’ tractor rally on Tuesday in Delhi that was supposed to be a peaceful demonstration turned violent as a section of protestors violated mutually agreed terms and conditions.

Earlier, the farmers’ unions have agreed on the schedule of 12 pm to 5 pm and a predesignated route for the tractor rally. However, protesters at Singhu, Tikri, and Ghazipur borders started the rally as early as 6:30 am, even before the Republic Day parade had begun. 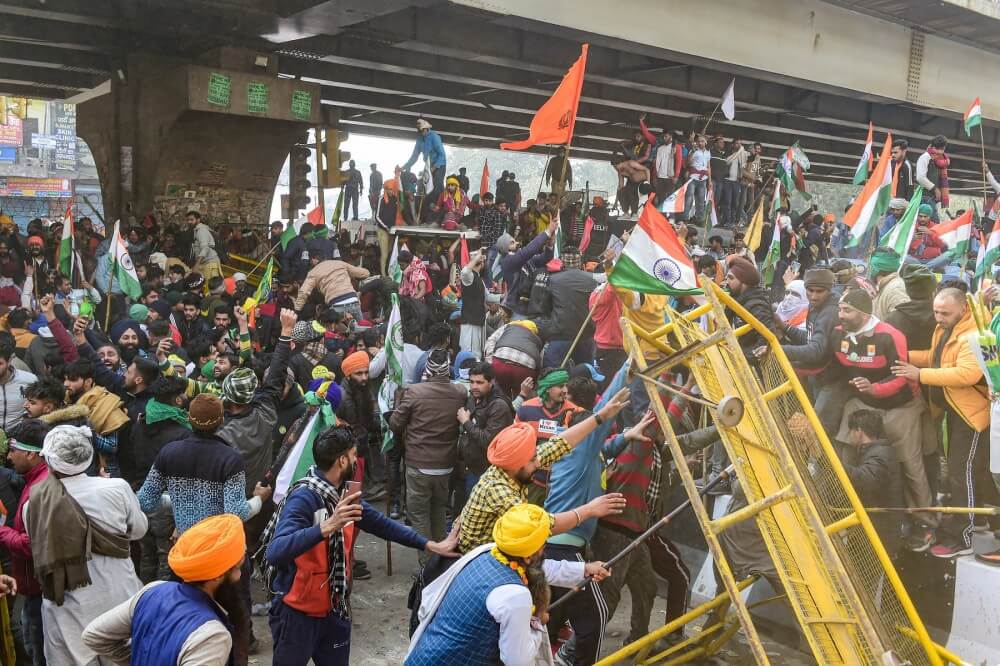 Soon, they started breaking barricades, iron railings, and dividers with tractors, and instead of going on the predesignated route, they moved towards Central Delhi. By 10 am, around 6,000-7,000 tractors had entered Delhi, setting off clashes with the cops.

This is Shameful 😭😭 Stop this
This should definitely not be done 😭😭#DelhiUnderAttack pic.twitter.com/oACiFCzyLU

The police tried to reason with the protestors before resorting to lathi-charge and firing tear gas to disperse them, but to little avail. 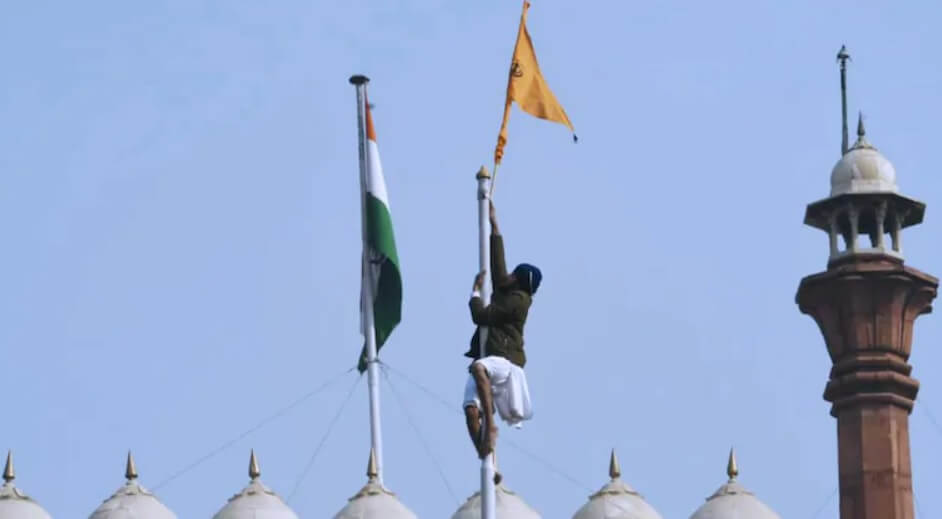 The protestors reached the ramparts of Red Fort and hoisted the Sikh religious flag, Nishan Sahib, on a flagpost where the Tricolour was hoisted by PM Modi on the last Independence Day. The clashes between farmers and police continued throughout the day across Delhi, severely at Ghazipur, Mukarba Chowk, Seemapuri, ITO, Tikri Border, Nangloi, and Red Fort. 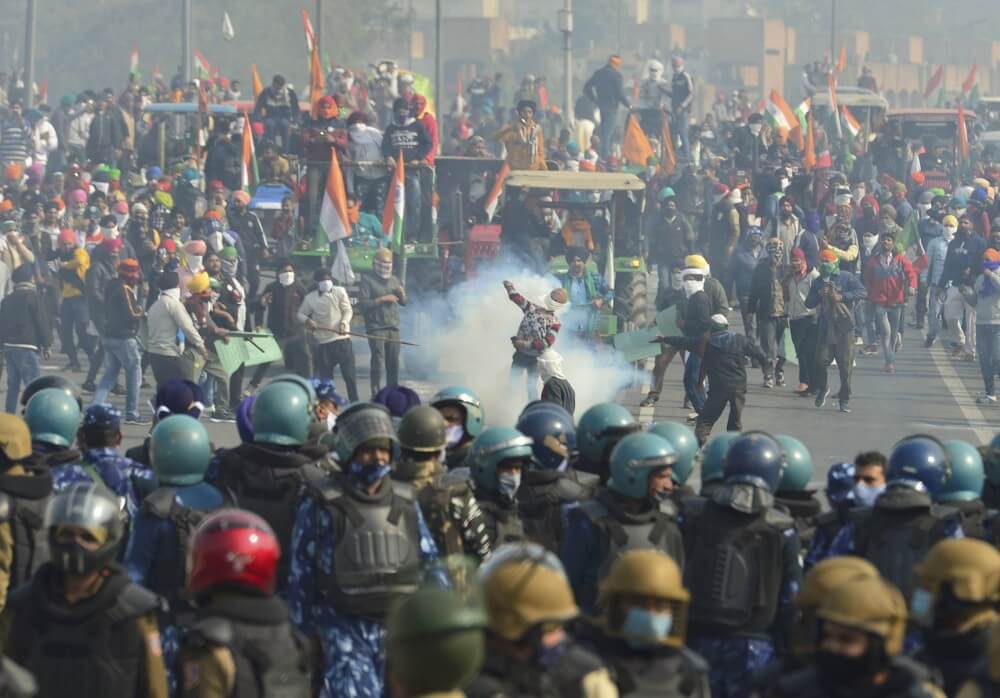 Unfortunately, the violence led to the injury of 120 cops and the death of a farmer. Meanwhile, the Delhi Police has registered around 15 FIRs at different police stations concerning the violence.

After the rally turned violent, the Ministry of Home Affairs (MHA) suspend the internet in some parts of Delhi, including Singhu, Tikri, Ghazipur, Nangloi, and Mukarba Chowk, for 12 hours from Tuesday noon.