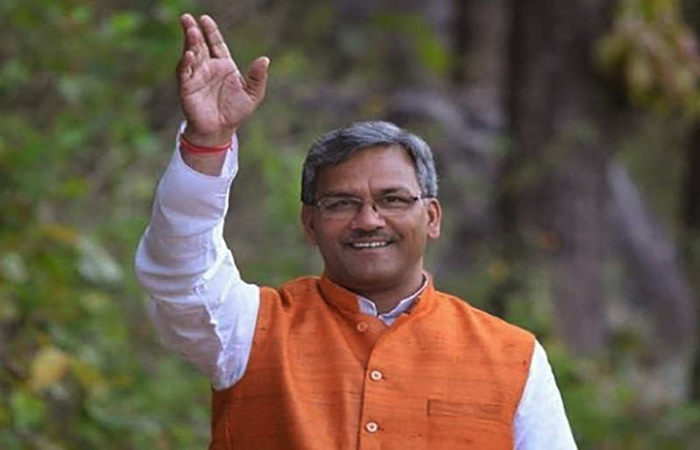 The new Uttarakhand Chief Minister Tirath Singh Rawat has plunged into another controversy even before his last controversial comment on ripped jeans faded away.

This time he blamed the US for “200 years of rule in India”.

While addressing an event at Uttarakhand’s Ramnagar, the CM said, “America, which enslaved us for 200 years and ruled the whole world, is struggling” to handle the coronavirus pandemic. The video of his speech making the factual error went viral on social media.

“As opposed to other countries, India is doing better in handling the pandemic. America, who enslaved us for 200 years and ruled the whole world, is struggling at present,” he said.

He compared India with the US on handling COVID-19 and said, “The US is number one in the health sector, and yet, they have over 50 lakh deaths. They are again heading towards a lockdown.”

“Who knows what would have happened to India if anyone else been the PM instead of Narendra Modi during this time. We would have been in a bad state. But Modi gave us relief,” he added.

He further said that PM Modi saved everyone, but many didn’t follow his instructions, and only some people followed protocols, including wearing masks, sanitizing hands, and social distancing.

He said he was shocked to see a woman in ripped jeans running an NGO and was concerned about what message she was sending to society.

The CM described in detail the attire of a woman who had once traveled with him in a flight, during a workshop organized by the State Commission for Protection of Child Rights.

“America, who enslaved us for 200 years and ruled the world, is struggling in current times,” says Uttarakhand CM Tirath Singh Rawat

This is what happens when WhatsApp forwards are your source of information!

“She was wearing boots, jeans ripped on the knees, and several bracelets. She had two children traveling with her. Her husband is a professor in JNU,” he said.

“If this kind of woman goes out in the society to meet people and solve their problems, what kind of message are we giving out to society, to our kids? It all starts at home. What we do, our kids follow. A child who is taught the right culture at home, no matter how modern he becomes, will never fail in life,” said the Chief Minister.

The comments sparked wide controversy and led to the trending of #RippedJeans on Twitter, with people posting memes and jokes and taking shots at CM’s remark.