While the Indian parliament winter sessions are underway, now everyone is eagerly about the final decision on the controversial Citizenship (Amendment) Bill.

Comparing this with the significance of Article 370, Defense Minister Rajnath Singh said, “Giving citizenship to six minorities will be yet another push from Modi Government to the spirit of Sarva dharma sambhav”.

Singh reiterates Bill’s importance in the current context, stating that “minorities in the neighboring theocratic conditions have been subjected to continuous persecutions, which forced to seek asylum in India”.

As an amendment to the Citizenship Act 1955, the Bill aims to give citizenship to illegal migrants in the select categories.

While it is likely to be tabled in Parliament on December 04, 2019, the opposition and minorities are raising serious concerns about excluding the Muslim community from the list.

Support to Pass the Bill 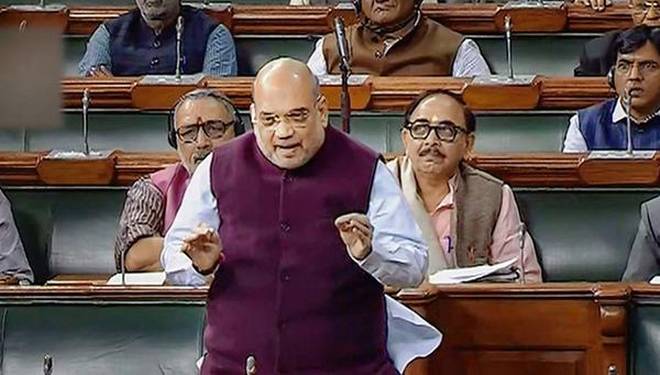 While regional allies such as Akali Dal, JDU and AIADMK are likely to favor, other oppositions including Congress, Trinamool, DMK, Samajwadi Party, RJD and Left, and regional parties like BJD have expressed concerns.

Because of its majority, the government may not face much opposition in the Lower House. Whereas, the party will need JDU and Akali Dal’s support in Raja Sabha.

The NorthEast States ‘No’ To the Bill

The Northeast region is reportedly worried that the passing of this Bill would affect the ethnic communities in the region. In this regard, the meetings are underway on the lines of issuing citizenship without leading to residency status in smaller northeast states.

We have to move forward with the reality- neither we can expel lakhs of illegal migrants nor will Bangladesh ever take them back. We had our government twice in the past, but we could not even identify the illegal migrants. Unfortunately, the Assam Accord has only gathered over the last 34 years,” says AGP member and Assamese Minister.

Lets’ wait and watch what would happen on this another most-awaited Indian bill. Stay tuned!