The Citizenship Amendment Bill (CAB) 2019 has triggered tensions across Northeast states as evident in the wide range of protests staged over the last couple of days.

The law and order has been tightened, train services to Tripura and Assam have been suspended, multiple airlines cancelled their schedules to Assam, Army conducted a flag march in Guwahati to control public outrage, and more.

In the backdrop of this intense situation, Prime Minister Narendra Modi took on to Twitter assuring the people of Assam all possible support from the government on the new law.

“Totally committed to constitutionally safeguard the political, linguistic, cultural and land rights of the Assamese people as per the spirit of Clause 6,” Narendra Modi tweeted in both English and Assamese.

The Central Government and I are totally committed to constitutionally safeguard the political, linguistic, cultural and land rights of the Assamese people as per the spirit of Clause 6.

The Clause 6 in the Assam Accord refers to protecting linguistic, political, land and cultural rights of locals. 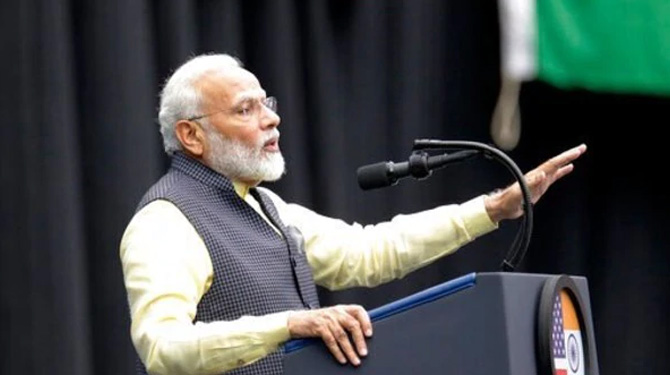 ” I want to assure my brothers and sisters of Assam that they have nothing to worry after the passing of #CAB (sic). No one can take away your rights, unique identity and beautiful culture. It will continue to flourish and grow,” the PM added.

There has been violent protests and Guwahati has been the center for anti-CAB protests. As a result, indefinite curfew was placed, and the Army was also called on emergency on December 11, 2019.