Money savings in the form of Fixed Deposits (FD) is no more going to be a cakewalk for senior or retired Indian citizens.

It has also announced cut down of savings bank rate from the existing 3.5% to 3.25% for deposits up to Rs. 1 lakh.

The other banks of the nation are expected to follow the same decision in the future.

As the reports say, the new decision is most likely to hit around 4 crore senior Indian citizens.

The FD interest rate fall is expected in the event of the Reserve Bank’s decision to cut repo rates to deal with the falling interest rate scenario and encourage growth scenario.

Referring to such scenario, financial experts recommend senior citizens to take some risk and invest in market-to-market products like debt funds.

On the other side, SBI has also called on the government to support senior citizens by offering them tax concessions on the Senior Citizen Savings Scheme (SCSS), which allows individuals (of above 60 years) to save up to Rs. 15 lakh. 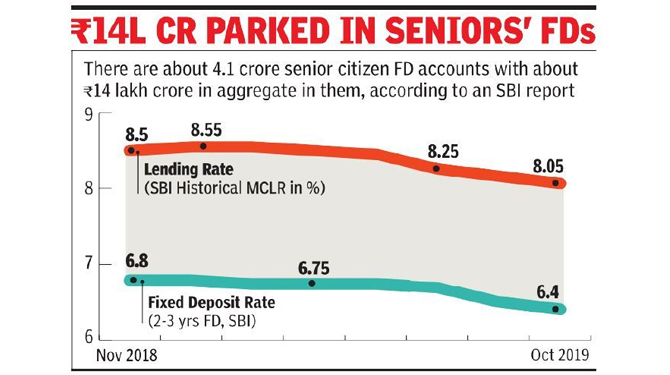 According to SBI, there are currently around 4.1 crore senior citizen FD accounts with about Rs. 14 lakh crore savings in aggregate. The FD interest rate renewal with new cuts will have an impact on all these accounts.

While there is a limit for repo rate cut-down, the rates have fallen to the lowest in the last 9-10 years and is likely to decline further, says a higher-level official of one of the country’s renowned banks. 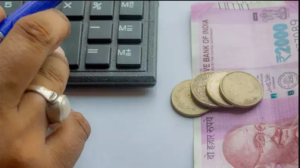 A senior official from another bank says that the people are not traditionally accustomed to low interest rates due to high inflation rates of over 5% since years. However, the situation is different now! The inflation is below 4% and the deposit rates are around 6-7%.

“If the economy doesn’t grow, everyone will be at a disadvantage,” reads a statement.

Another official says sub-6% rate is inevitable, and banks will further have to adopt a floating rate regime, which might possibly create some resistance from depositors.