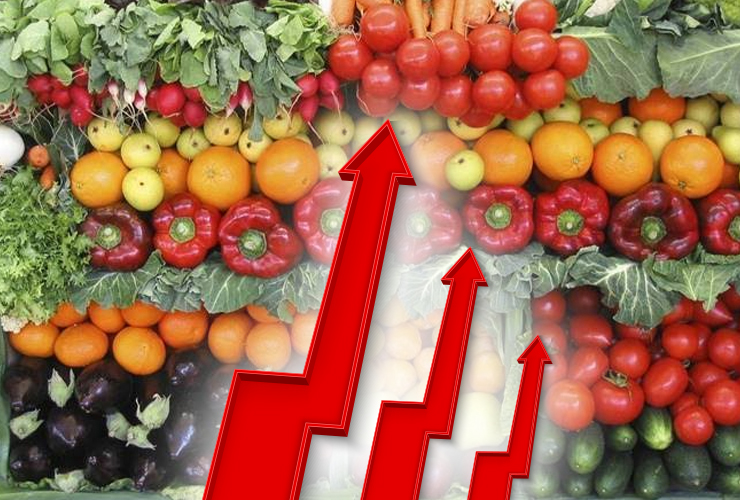 Backed by the imbalance in market situation, India’s annual retail inflation has reached to peak in 2019, the highest in the last five years.

Growing food, vegetable and oil prices have contributed to this rise in inflation that was seen at 14.12 percent in December 2019, year-on-year, over 10 percent in November 2019. 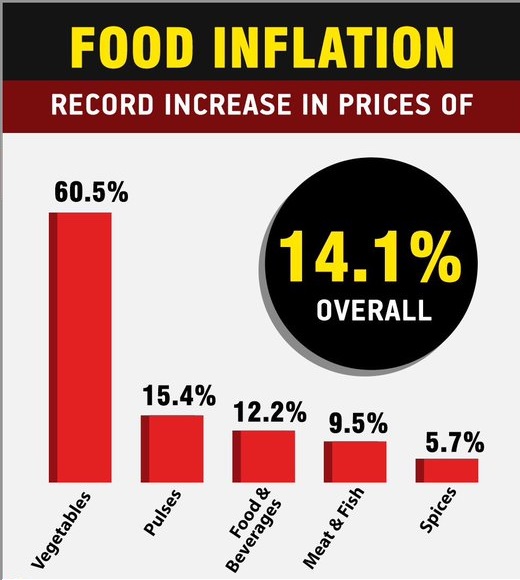 Now, the US-Iran clash is expected to add to the Indian economic concerns impacting oil supplies too.

“If oil and vegetable prices continue to remain high then inflation will hover near 6 percent,” says Rahul Gupta, head of research for currency at Emkay Global Financial Services.

The Ministry of Statistics data shows inflation rate above 5.4 percent in November and higher than the estimates of 6.2 percent. This is above RBI’s medium target rate of 4 percent for the third consecutive month. 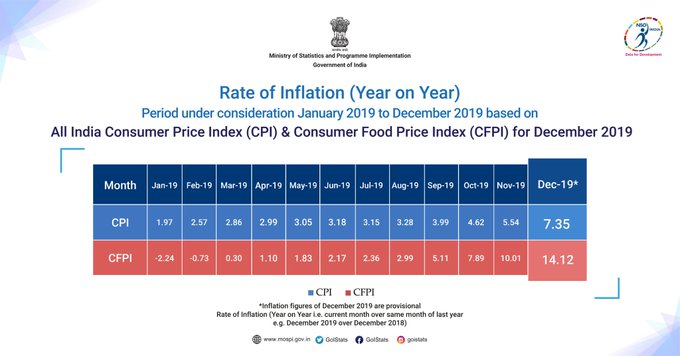 In line with the situation, RBI has kept its policy interest rates on hold in the last month, after chopping it off by 135 basis points since February 2019.

While the government is expecting an 11-year-low growth rate of 5% at the end of current fiscal in March 2020, economists expect inflation to reach its core levels impacting food and fuel prices.

The Finance Minister Nirmala Sitharaman is due to present the National Budget for FY 2020-21 on February 01, 2020, with a rise in infrastructure spending and tax cuts expected.

“Clearly the room for monetary easing in the first half of calendar 2020 remains minimal despite growth continuing to remain below potential,” says Upasna Bhardwaj, senior economist, Kotak Mahindra Bank, Mumbai.