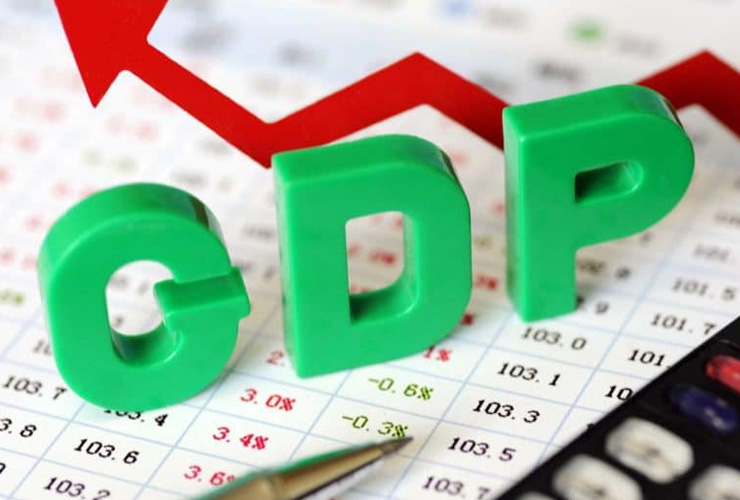 A lot of buzz is going on around India in the recent times, with major developments globally happening being India-centric.

The country is now a crucial player in the world political and economic landscape.

While India has been facing the challenge of economic slowdown since few months, the World Economic Forum (WEF) said the country is now the fifth largest economy.

India is now ahead of UK and France in terms of nominal GDP, shows the International Monetary Fund’s (IMF) World Economic Outlook for October 2019.

“India’s economy is the fifth-largest in the world with a GDP of USD 2.94 trillion, overtaking the UK and France in 2019 to take the fifth spot,” the World Population Review said in a statement.

As per the report, India has witnessed the highest GDP growth in the last decade at an annual growth rate between 6-7%.

India’s GDP in terms of PPP (USD 10.51 trillion) is also beyond Japan and Germany.

Indian service sector is also the fastest growing sector in the world, making up 60% of the revenue and 28% of employment.

However, the real GDP is expected to slowdown in the year backed by credit weakness.

Looking at the above table, India moved four positions ahead in the world rankings for largest economies by GDP current prices over the last decade.

Its more dramatic looking at the past 25 years since 1995, where India saw a nominal GDP growth of more than 700%. 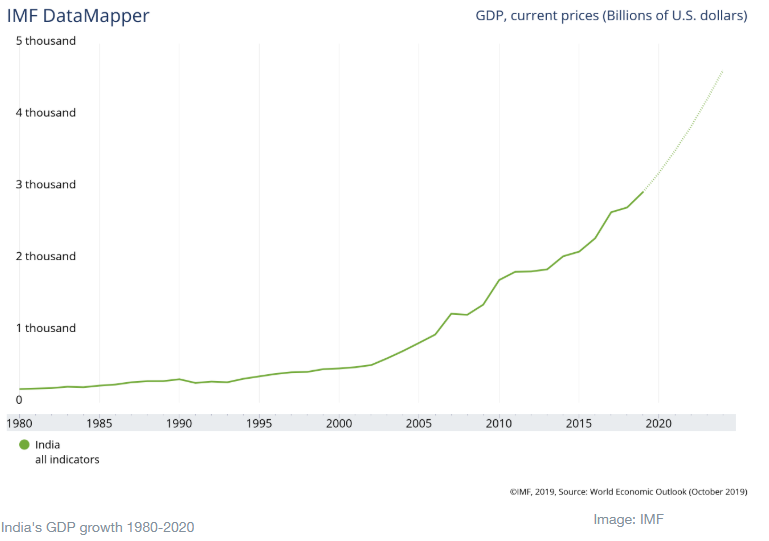 Despite this level of growth, the country still has some crucial challenges such as access to opportunities and development varying for different regions of the country, the World Bank adds.

And, India also accounts to one quarter of the world’s poor population. 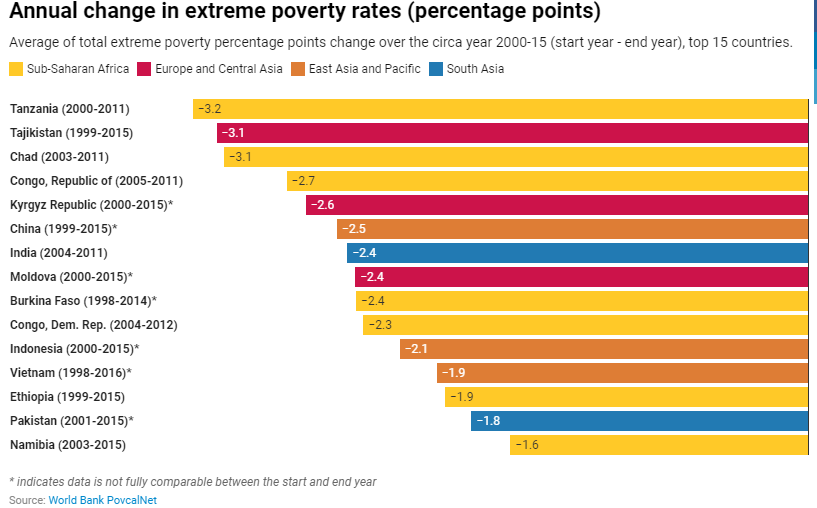 To address these challenges, India is making efforts for sustainable and inclusive growth through effective policy-making and infrastructure development, among others.