The Government of India is coming up with a new law against cryptocurrency.

The government is reportedly of the thought that a law from a legal framework would be more effective than RBI circular in implementing the ban.

“A note has been moved by the Finance Ministry for inter-ministerial consultations,” a senior government official said.

The government’s decision followed the SC’s decision to strike out RBI circular in April 2018, preventing cryptocurrency-related services by banks.

Experts feel that a similar decision now will be a blow to investors, exchanges, and other related entities dealing with virtual currencies. Earlier in July 2019, a high-level government had prepared a draft law calling for a ban on all forms of private cryptocurrencies. Impeachment will subject any individual to Rs. 25 crores fine and imprisonment up to 10 years.

At that time, SC had asked RBI to show instances of any damage its entities suffered.

Eventually, the ruling lifted the de facto ban on bitcoin trading and allowed startups to start making their business plans.

However, operations did not happen as expected, with many banks not allowing payments for currency trading in India and overseas without RBI’s nod.

According to an expert, the July 2019 draft makes it ‘illegal to hold, sell, issue, transfer, mine or use cryptocurrencies and, if passed in the current form, completely decimate the crypto industry in India’. 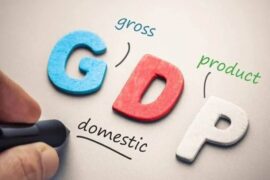