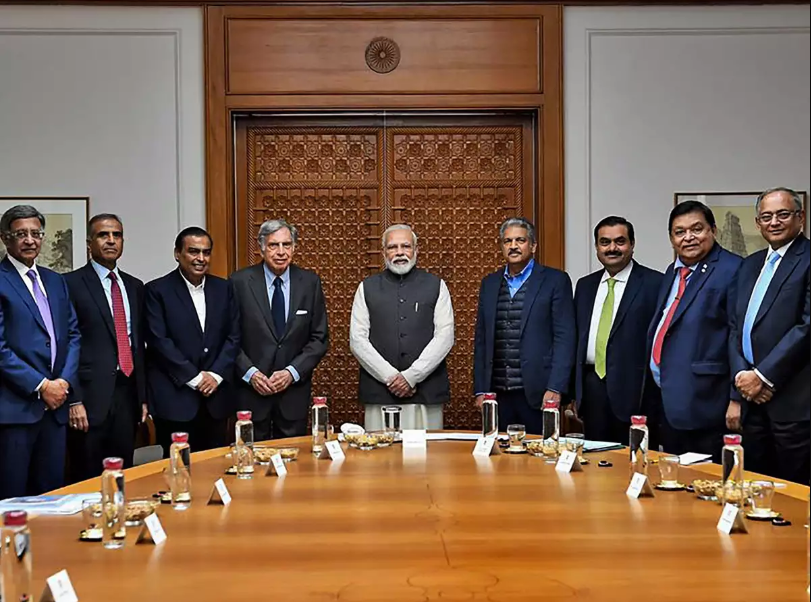 In view of the widening economic slowdown, Modi urged Tatas, Ambanis, Mahindra and Adani Group, among other elite business groups to chalk out plans to improve Indian economy and create jobs.

“At the beginning of the new year, today from this platform, I will again tell the Indian industry not to let disappointment linger with you. Go ahead with new energy. Whichever corner of the country you go to, for your expansion, the Indian government will walk with you,” read Modi’s statement.

Citing the government laws, Modi said the Insolvency and Bankruptcy Code has paved a way for entrepreneurs.

Modi informed that the government has recently corrected some key existing flaws and urged the leaders to be confident and bold in making investments.

The PM also briefed them about the policy reforms taken in support to the business environment over the last five years.

Citing the growing entrepreneurship in the country, Modi said there is now a visible transition from
once-called ‘Bombay Club’ to be called ‘Bharat Club’.

“If such a club is formed today, it will be called the Bharat Club, in which different sectors, old veterans and new entrepreneurs, will all be represented,” he added.

The Prime Minister reiterated his commitment to making India a USD 5 trillion economy by 2024-25.