Bringing in more favor to India’s Citizenship Amendment Act (CAA), President Donald Trump said he is with PM Narendra Modi on this matter.

Addressing the media after his meet with PM Modi, the US President refrained from talking much on CAA and took a side stating that’s India’s internal matter.

However, he noted PM Narendra Modi is striving to offer religious freedom to Indian citizens.

When sought his response on violence around CAA in New Delhi, he said, “that is up to India.”

“I’m gonna be not at all controversial…I don’t want to blow the two days plus two days of travel on one answer, one little answer…So I will be very conservative in my answers if you don’t mind,” he added further.

Citing Pakistan’s mention in his discussion with Modi, Trump said he is willing to mediate between India and Pakistan on the Kashmir issue. 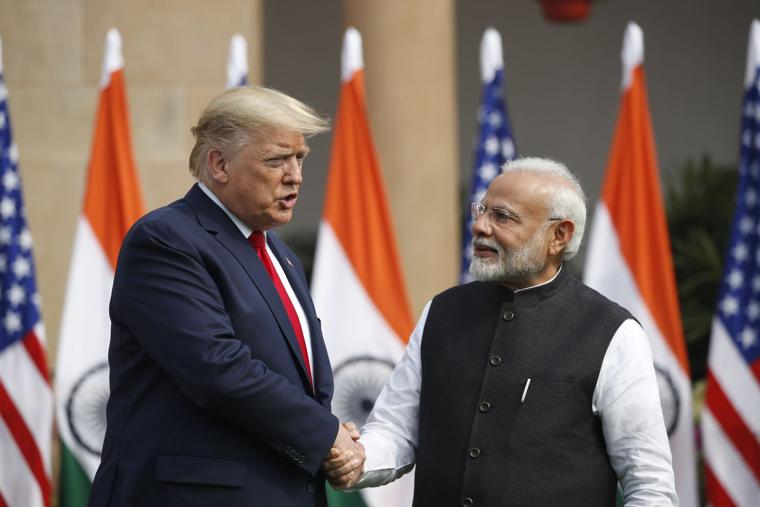 “If anything, I can do to mediate, I will do. I have good equation with Pakistan PM Imran Khan. They are working to control cross-border terrorism,” Trump noted.

He called Modi a “terrific leader and a nice man doing fantastic job”.

“The issue of CAA did not come up, but with regard to what you mentioned, the term religious freedom, there was appreciation from both sides that pluralism and diversity are a common binding factor of both the countries,” Foreign Secretary Harsh Vardhan Shringla told the media.