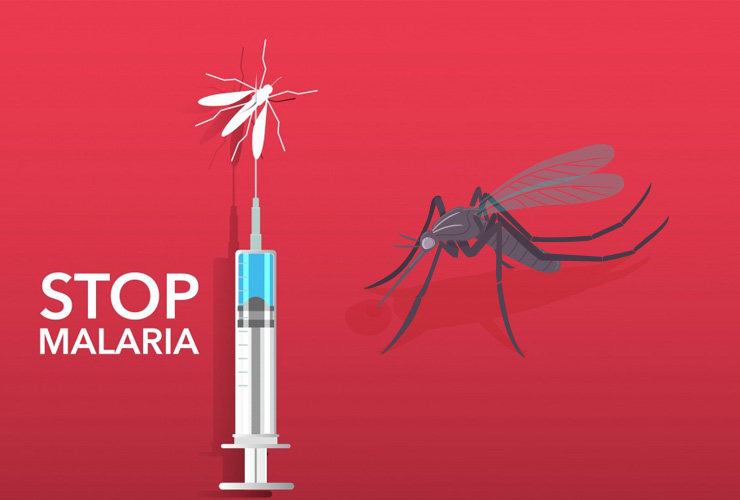 According to the latest Lancet Commission 2017 report released on September 08, 2019, India is ranked fourth in the number of global malaria cases.

The report which compiled data for global malaria cases in 2017 states that India alone accounted for 9.6 million affected individuals out of the total 219 million cases.

After India, nine African countries including Nigeria and the Democratic Republic of Congo and Mozambique ranked Top 10 on the list.

According to the findings of the report, 100 countries have already eliminated malaria but many of them stand the chance of resurgence and reestablishment of the illness.

This could be because of the major increase in the movement of people across various countries.

Since India is the fourth largest country reporting malaria cases, it becomes an issue of concern for countries which are frequented by Indians. Especially when the host countries have been successful in completely eliminating Malaria – Sri Lanka and Malaysia.

Some low-income countries were able to completely eliminate Malaria with support from The Global Fund to Fight AIDS, Tuberculosis and Malaria. However, their sustenance mechanisms are not stable enough to prevent re-emergence of the malaria epidemic for long without external support.

A major target set by the World Health Organization aimed to eliminate Malaria with the regional elimination approach.

The Lancet Commission 2017 had said that every region would reach a point wherein a small number of countries would struggle to completely eliminate the endemic, while the other countries would work towards preventing re-establishment.

Unfortunately, India (part of the South East Asia Region) which had completely eliminated malaria along with the Maldives and Sri Lanka, failed to prevent re-establishment.

Moreover, India was the only country which reported cases of urban malaria as well.

“In 2017, 71 per cent of malaria cases in the state of Tamil Nadu (population 79 million) occurred in the capital city, Chennai (population 7 million),” the report stated.

The report supported its finding by stating that the Indian urban environment provided the ideal breeding ground in the form of construction sites, gutters, water storage containers and wells for the malaria vector Anopheles Stephensi.

“In urban India, a priority intervention is the improvement of municipal water supply infrastructure and reducing the need for rooftop storage of water,” the report suggested as a solution.

Meanwhile, the investment made for treating malaria was not only eating away at the Indian healthcare system but also the country’s malaria elimination strategy.

“In some countries, such as India, this source (out-of-pocket spending) represents 60 per cent or more of all healthcare financing. Out-of-pocket spending on this scale is undesirable, forcing families to forego necessary care and causing medical impoverishment,” said the commission report.

The report went on to state that such heavy expenditure was problematic for high malaria burden countries.

Another challenge to India’s target of eliminating malaria was the existence of the unregulated private sector.

“What is important — and too often absent — is effective government oversight and stewardship of both formal and informal private health-care providers. The large private sector that operates in many low-income and lower-middle-income countries is typically unregulated, and the national policies that apply to the public sector are either disregarded or not effectively enforced across private sector providers,” the report said.

“In countries such as India and Nigeria, this situation can cause a substantial proportion of malaria cases to be poorly diagnosed, inappropriately treated, and unreported,” it added.

Likewise, the poor quality of healthcare services from both private and public sectors were further delaying complete malaria eradication.

The commission said that the world was currently completely off track in achieving the target of eliminating malaria by 2030. However, it raised a strong call for elimination at least by 2050.

However, the malaria cases and deaths were not evenly distributed. To this, the Lancet Commission stated that factors such as inadequate use of data to inform strategies, poorly incentivized staff and disengaged communities were major stumbling blocks in the process of malaria elimination.

“Solutions to most of these challenges are available and inexpensive but require access to management training and tools, which many malaria programs do not have,” the commission wrote.

The repot further found that common methods of parasite detection were not sensitive enough to identify all infections.