2019 has been a good one for ‘Team India’ for many achievements that it made throughout the year.

The team led by Virat Kohli made some notable progress in this year, making at the top of world charts. 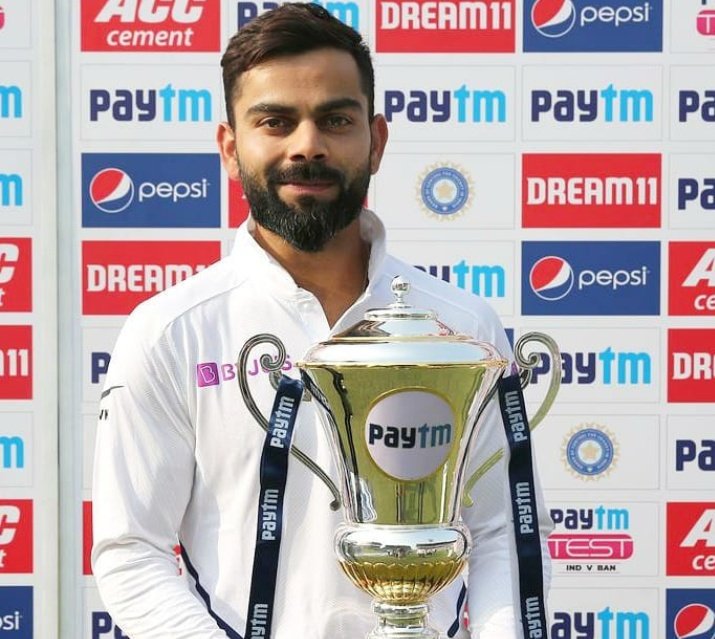 Let’s take a look at some of them:

With the last two wins against South Africa recently, Team India emerged as the first team to have won four successive tests by innings. 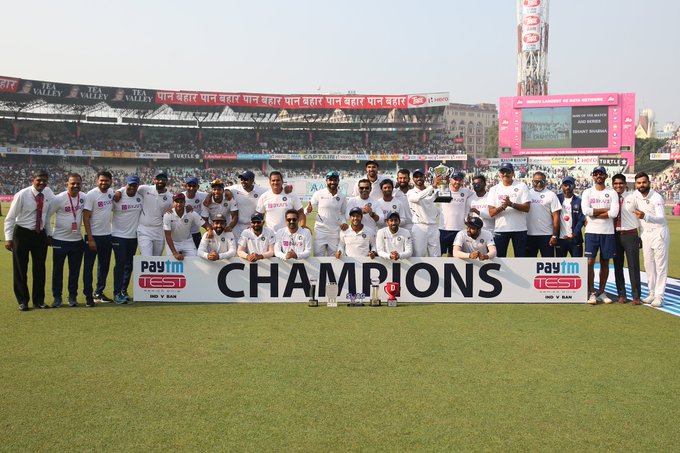 Team India registered the longest winning streak this year with 7 continuous test wins. With this, the team smashed its earlier record of ‘6 successive wins’- 4 against Australia and 2 against West Indies, made in 2013. In the recent matches, all wins are either by innings or by more than 200-run scores.

India bowlers took the highest number of test wickets at home, this year. With 19 this year, the team’s fast bowlers smashed their previous record of 17 wickets taken against Sri Lanka in 2017. And, this is special for fast bowlers as they did this feat of 19 wickets for the third time in Test. Surprisingly, all three happened in the last two years. 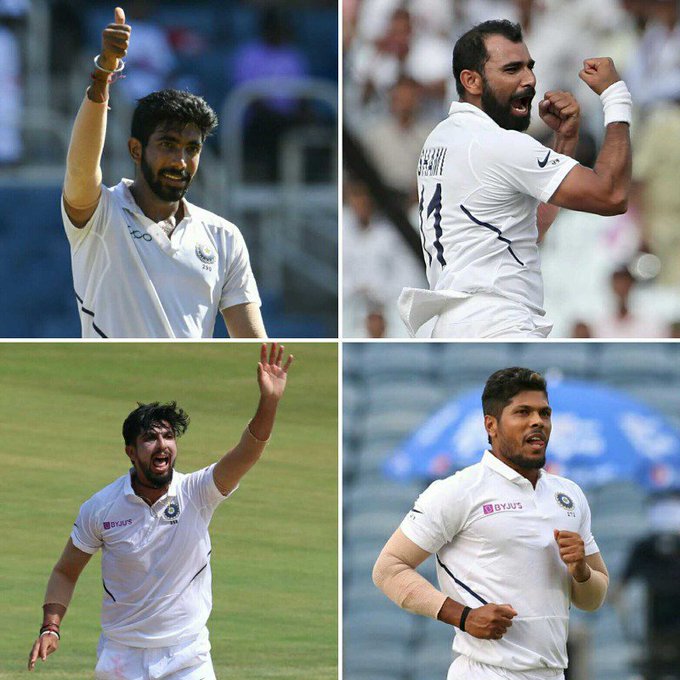 Fast bowlers did not leave even a single wicket for spinners in the recently concluded Test series with Bangladesh, making this the first-ever home test with ‘0’ wickets by spinners. The series saw Ishant Sharma claiming 9 wickets, followed by Umesh Yadav (8) and Mohammed Shami (2). Surprisingly, spinners only got seven overs in this Test. 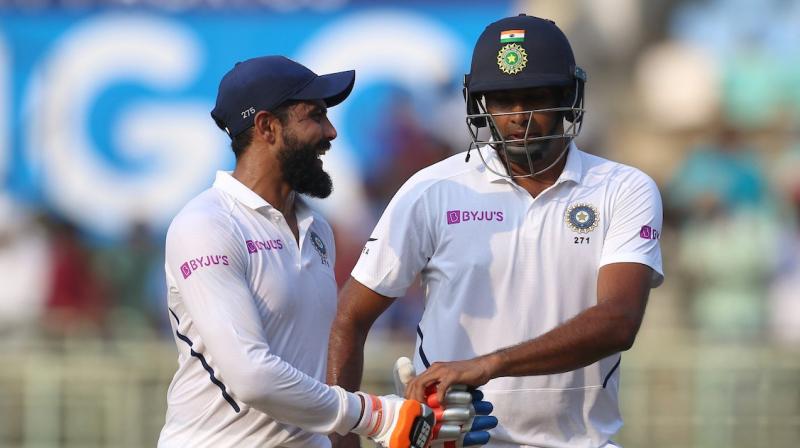 Ishant and Umesh have set a new record of ‘8 or more wickets by two Indian fast bowlers in the same Test’. This kind of feat was lastly made by Ryan Harris and Mitchell Johnson with 9 wickets each in the 2010-11 Ashes Test in Perth. This is also the first time for two different Indian fast bowlers taking 5 wickets in different innings of a Test. 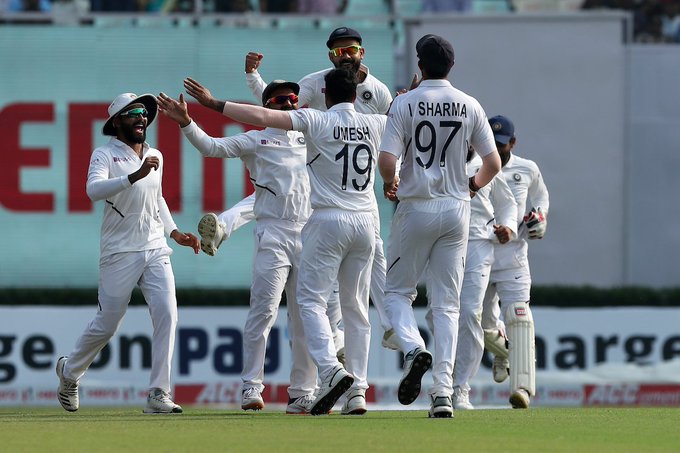 Indian bowlers maintained this average throughout the year, making it the second-best ever by a team’s bowlers in a calendar year while claiming 50+ wickets. Even their strike rate of 31.06 stunned everyone, which is termed as the best for a team’s fast bowlers in a year in the similar category.

Umesh, Ishant and Shami emerged as the 3 pace bowlers from the Indian team with 20+ wickets at an average less than 20, in 2019. Earlier, this record was made by Ian Botham, Chris Old and Bob Willis of England in 1978. For India, this is the first time in its history with 20+ wickets with <20 bowling average. 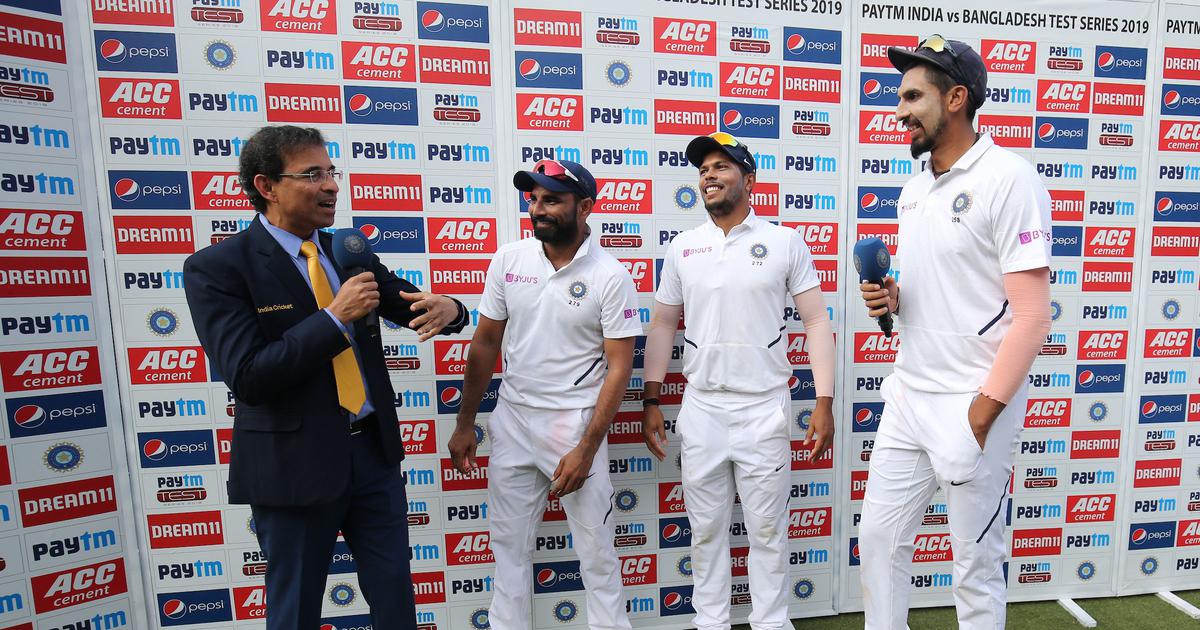 Indian pace bowlers exhibited the best-ever average in any home series of two or more Tests. The three- Ishant, Umesh and Shami claimed a total of 33 wickets with a strike rate of 26.3.

Wish more such records to be part of Team India! All the best Team India. 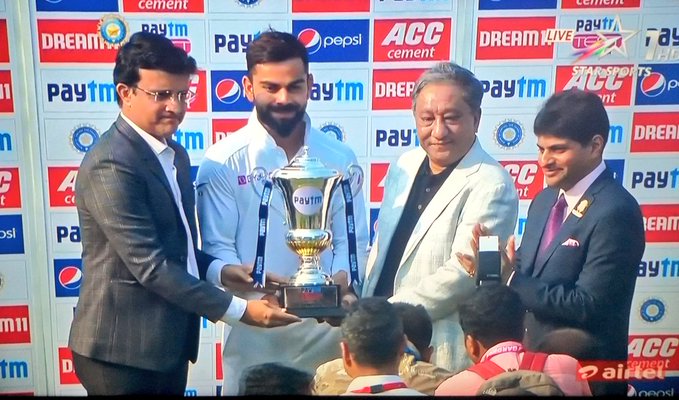