That was an awestruck moment for the cricket fans on February 09, 2020.

And, the reason is Bangladesh won over India in a match held in Potchefstroom.

Putting an end to suspense hours, Bangladeshi U19 team registered a grand victory against the India U19 team (by 3 wickets) to emerge as the ‘2020 ICC U19 Cricket World Cup’ winner by the Duckworth Lewis (D/L) method.

The match began with Bangladesh winning the toss and choosing to field first.

The Indian team began their batting innings and returned to the pavilion with only 177 runs in 47.2 overs for the loss of all wickets.

Opener Yashaswi Jaiswal was the top scorer for the team with 88 runs in 121 balls. 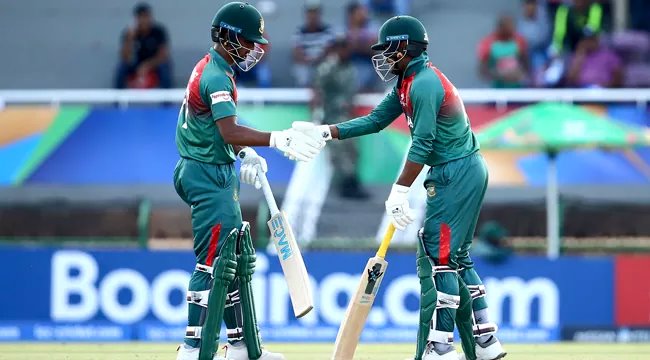 Then Bangladesh began its innings with Parvez Hossain Emon entering the pitch along with Tanzid Hasan. Of these, Emon performed well and lasted to score 47 runs in 79 balls.

Though all played their part, the next good performer of the Bangladeshi team was Akbar Ali for his 43-run score in 77 balls. 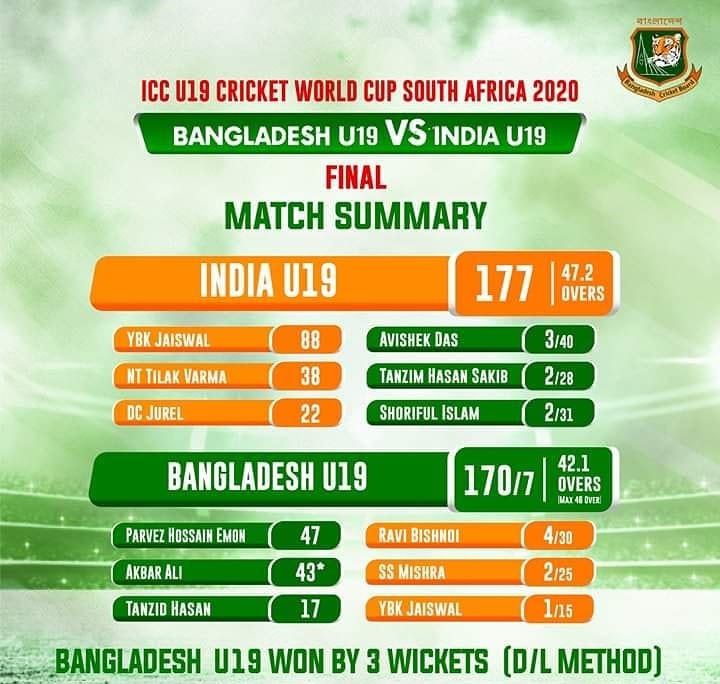 Overall, the team scored 170 runs for the loss of 7 wickets. That’s when the suspense house began with the rain stopping the match.

And, by D/L method, the Bangladeshi U19 team emerged as the World Cup winners!

India had a winning streak until semi-finals where it beat Pakistan by 10 wickets.

While, Bangladesh continued its striking performance in the series beating out South Africa and New Zealand to finally appear in the final battleground and claim the big title.

Indianera congratulates the Bangladeshi U19 team a good luck on their maiden win! 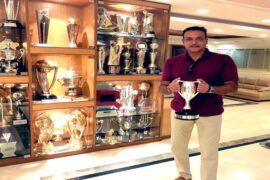 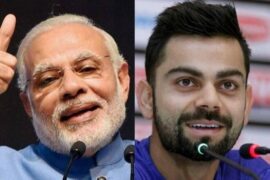 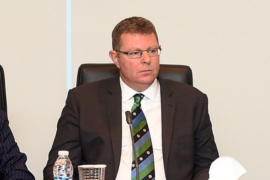 India Is A Massively Important Part of World Crick...