Argentina’s two goals came from Leandro Tolini (14′) and Pedro Ibarra (54th). India wasted no time in getting off the blocks with Mandeep Singh winning a penalty corner, which was put into the net by Rupinder.

Encouraged by the early goal, India dominated possession and flooded the Argentine circle.

Three minutes before the end of the first quarter, the visitors doubled their lead through Jaskaran’s impressive field goal.

Argentina, though, pulled one back through Tolini just before the close of the first quarter. The hosts started to look comfortable on the ball and tested the Indian defence in the second quarter.

A high-scoring encounter ends with #TeamIndia on the winning side of the scoreline. 🤩

Congratulations on a brilliant Tour, #MenInBlue 💙

Veteran goalkeeper PR Sreejesh made a fine save from an Argentine PC to protect his side’s lead. The final minutes of the second quarter saw both sides looking good in attack but couldn’t convert their circle entries into goals.

India made a bright start to the second half with Varun Kumar going on a powerful run and winning a PC. However, the Argentinian defence calmly dealt with the threat to deny India from restoring their two-goal advantage. 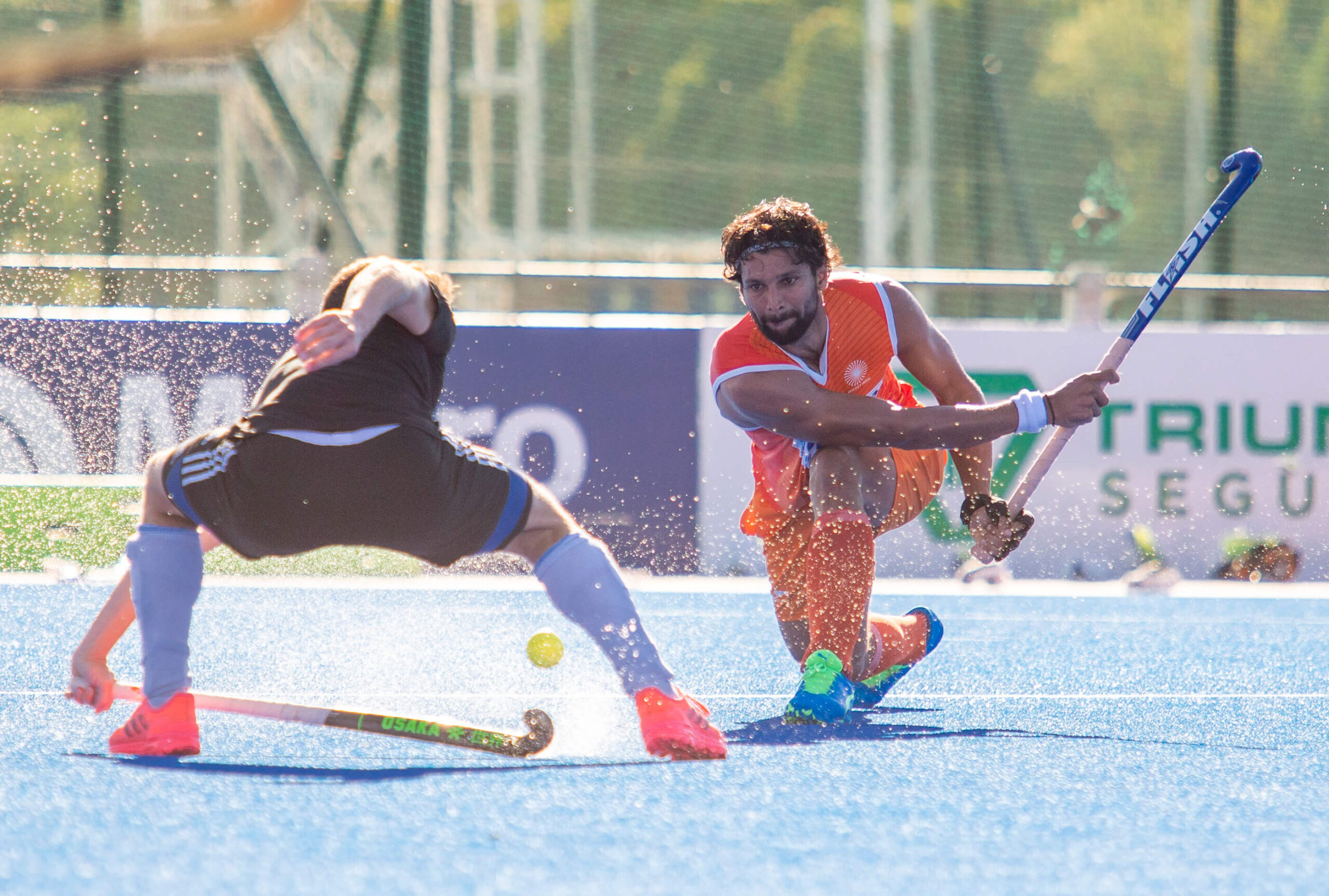 Minutes later in the third quarter, Argentina also won a PC but goalkeeper Krishan Pathak, who has been in fine form on the tour, protected his side’s lead with a fine save.

Youngster Shilanand put India in command with a field goal 10 minutes before full-time. Argentina scored their second through a penalty stroke in the 54th minute with senior Argentine defender Ibarra making no mistake. However, Surender’s field goal two minutes from time confirmed India’s victory, their fourth on the tour.