Despite a struggling start, India registered its grand victory in the third match of its ODI series against Australia.

This win gave the Team India an upper hand in the 3-ODI series!

The final match of the series began with Australia winning the toss and chose to bat first, but the openers David Warner and Finch weren’t appealing in kick starting the innings.

Later on, Smith made a 127-run partnership with Marnus Labuschagne (54), which however did not work for the team.

Jasprit Bumrah and Mohammed Shami’s performance did not let Australians free, as the team lost 5 wickets in 51 runs.

With Smith’s first ODI 100 in three years, the Australian team finally scored 286 for the loss of 9 wickets.

India began its batting order with a disappointing start with opener Shikhar Dhawan hurt while fielding. Eventually, KL Rahul entered the field with Rohit Sharma and scored only 19.

But Rohit was stubborn and stood back to continue his journey with Virat Kohli, who eventually made up a 137-run partnership (Rohit’s 119 and Kohli’s 89). 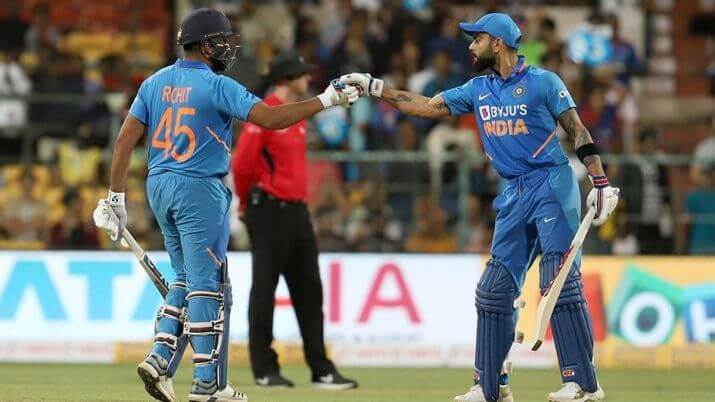 Rohit’s performance in his 224th match was outstanding with dozen sixes, which made up his 29th ODI century adding to his overall 9,000-run ODI score.

After Rohit, it was the captain who retained the spirit and drove the team to victory in this match. Shreyas Iyer gave the finishing touch towards victory and remained 44 not out!