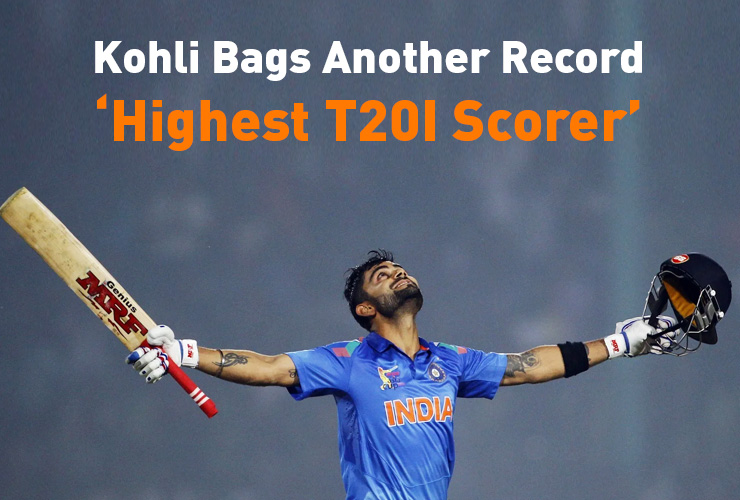 Indian cricket lovers must be having a very good time now!

September 19, 2019 was a big day for Indian cricket lovers for two reasons, one for the resounding victory against South Africa and the other because of the team captain ‘Virat Kohli’.

With his 72-run score, Kohli drove the Indian cricket team to success in the recently-concluded South Africa series.

More interesting is that Kohli offered a grand feast to his fans by emerging as the highest
T20I run-getter through this match!

The 72-run score added to Kohli’s score kitty and now he has 2,441 runs in the Twenty20 cricket, gained from 77 matches.

Kohli is moving at a skyrocketing speed in setting new records and is highest among the active players. Currently, he is at the 10th position in terms of international scores.

The player averages 50 in all cricket formats and is also possesses the highest average among the current ODI players. Last year, he surpassed Sachin Tendulkar’s of faster 10,000 ODI score.

Consider his energy and the young age of 31 years, one can image what more Kohli can do in the years to come as he is expected to be around till 2027.