The news spread so fast that Gowda received an official offer from the Indian Sports Minister to participate in national trails.

“Officials from Sports Authority of India (SAI) have contacted him. His rail ticket is done, and he will reach SAI center on Monday. I will ensure top national coaches to conduct his trials properly…

…We are team @narendramodi ji and will do everything to identity sporting talents!” Kiran Rijju, Union Minister of State (Independent Charge) Youth Affairs & Sports, said in a tweet. 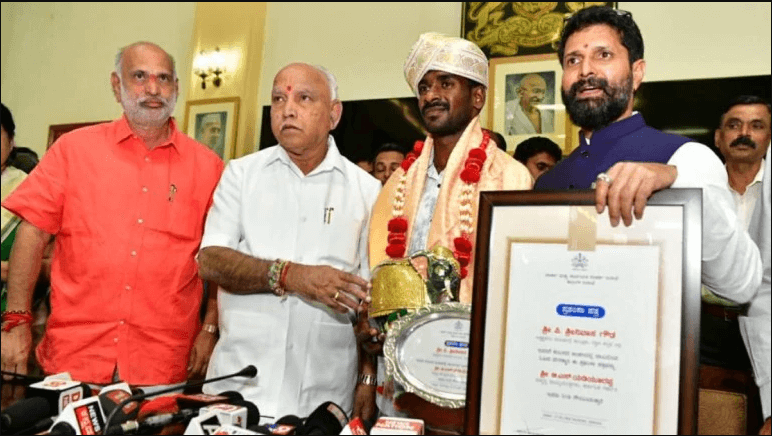 But Gowda wasn’t willing to accept the offer!

“I have injured my leg and my focus is on Kambala. I am used to running with buffalo in the paddy fields,” Gowda said in a statement.

Prof. Gunapala Kambada, founder-secretary of the Kambala Academy, termed this achievement of Gowda as a great honor to Kambala, and informed the racer will not be available for the national trail.

“The problem is that he has Kambala [races] on the next three Saturdays. That is a commitment that he cannot go back on under any circumstances. So, we are not rejecting the offer. May be, he can go for trials at a later stage,” says Kambada.

“I got interested in it because I used to watch Kambala during my school days,” says Gowda.

Meanwhile, experts feel that Gowda’s speed could be inaccurate and is majorly linked to the speed of buffaloes running along with him.