Uncertainty in the world economy is an “offshoot of unbalanced multilateral trade systems”, says the Indian Prime Minister Narendra Modi.

As part of his bilateral visit to Saudi Arabia, the Prime Minister said the economic uncertainty cited by the International Monetary Fund (IMF) is majorly because of the widening global conflicts, especially the US-China trade war.

“The global economic outlook is strongly dependent on the path chartered by the large developing countries such as India. We need collective efforts, for the growth of all, with everyone’s trust,” Narendra Modi said in an interview on October 29, 2019.

He added that India and Saudi Arabia have taken up various business reforms to control the effects of economic turndown. 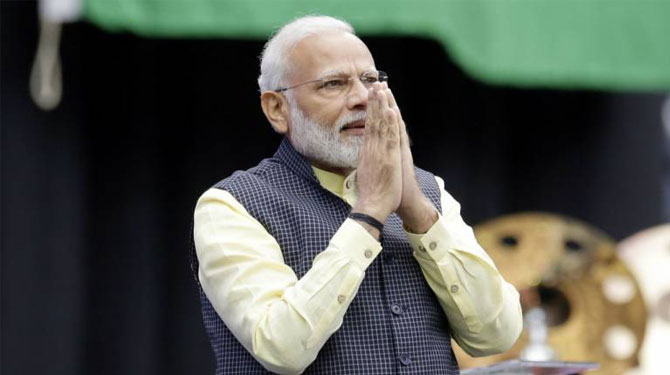 “Within the G20, India and Saudi Arabia have been working together to reduce inequality and promote sustainable development,” reads Modi’s statement.

Speaking about India’s efforts, the PM said his government’s investor-friendly initiatives was successful in taking ahead the country’s Ease of Doing Business Index from 142 in 2014 to 63 in 2019.

“India has undertaken many reforms to create a business-friendly environment, and to ensure that we remain a major driver of global growth and stability…Similarly, I am happy to note that Saudi Arabia too has embarked upon a reform programme as part of their Vision 2030,” said Modi.