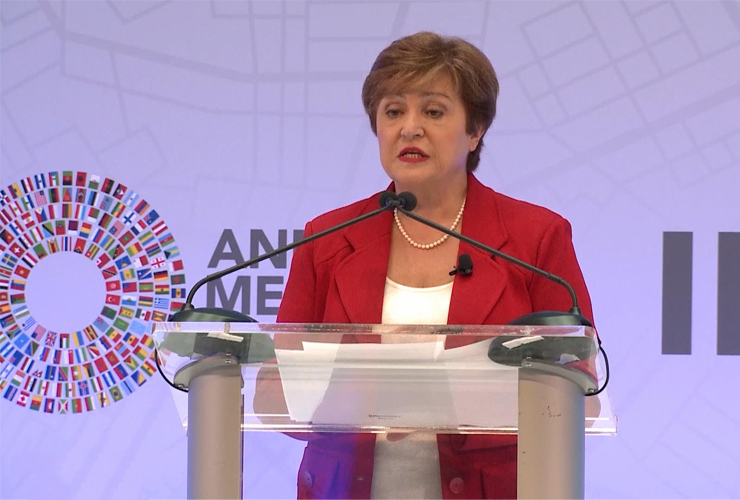 There has been some serious discussion around the weakening Indian industry and possible impact on the Indian economy in the months to come.

Various industry bodies, senior economy and financial experts,  ex RBI Governors and many other important personalities have been making serious notes on severity of the possible economic downfall in India.

The international financial institution International Monetary Fund (IMF) made this more clear in its recent statements.

IMF Chief Kristalina Georgieva said the world is witnessing a ‘synchronized slowdown’ that will hit growth across 90 percent of the world.

The effect is going to be higher in some of the largest emerging markets like India, warns the IMF Chief.

“In 2019, we expect slower growth in nearly 90 percent of the world. The global economy is now in a synchronized slowdown,” said Kristalina at a curtain raiser event for the upcoming IMF and World Bank’s annual meeting to be held in the coming week.

“In some of the largest emerging market economies, such as India and Brazil, the slowdown is even more pronounced this year. In China, growth is gradually coming down from the rapid pace it saw for many years,” she added.

Unemployment in US and Germany are touching historic lows, and advanced economies of US, EU and Japan are facing a softening economic activity.

IMF has lowered its projection for Indian economic growth by 0.3 points to 7 percent for FY 2019-20 owing to the country’s weaker-than-expected domestic demand.

“Even if growth picks-up in 2020, the current rifts could lead to changes that last a generation — broken supply chains, siloed trade sectors, a “digital Berlin Wall” that forces countries to choose between technology systems,” she adds.

Lowest in the Decade

The growth in this year is going to fall to its lowest rate since the start of the decade. The global trade growth has come to a ‘near standstill’ position and “everyone loses in a trade war”, says the IMF Chief.

“Now, it’s the time for countries with room in their budgets to deploy- or get ready to deploy-fiscal firepower. In fact, low interest rates may give some policymakers additional money to spend,” the IMF Chief recommends.

In this regard, she called on world nations to make effective utilization of their respective monetary policies to gain financial stability.

Referring to IMF research, she said structural reforms can improve productivity and boost revenue generation. While the need for international cooperation is high, the willingness to engage is declining, she added.