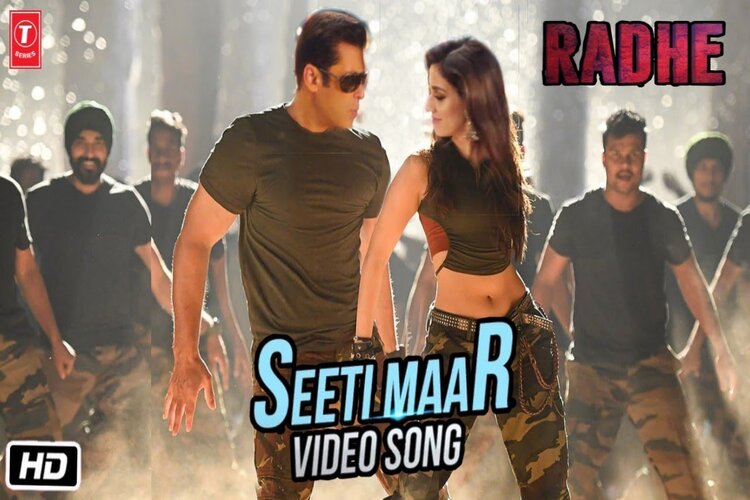 Since the trailer of Salman Khan’s ‘Radhe: Your Most Wanted Bhai’ was out, Seeti Maar has been one of the most discussed songs, and the audience are curious about its release.

Today, the much-awaited dance number, featuring Disha Patani with Salman, was launched, and it is already well on its way to becoming the biggest hit of the year.

Packed with khan’s swag moves and Disha’s killer steps, the song already has over 5.1 million views on YouTube.

Seeti Maar is the remake of Allu Arjun’s and Pooja Hegde’s Telugu original from their movie Duvvada Jagannadham.

Sharing the song on social media, the Bollywood Megastar thanked Stylish Star Allu Arjun. He wrote: “Thank you, Allu Arjun for seeti maar absolutely loved the way you have performed in the song, the way you dance, your style, you are simply fantastic. Take care and be safe. Regards to your family. Love you brother @alluarjun”.

The music is composed by Devi Sri Prasad (DSP), after his last pairing with Salman with the sensational hit Dhinka Chika. Shabbir Ahmad is the lyricist, while Kamaal Khan and Iulia Vantur are the vocalists. Jani Master is the choreographer of this peppy dance number.

Alongside the lead roles, the Radhe also stars Randeep Hooda and Jackie Shroff in significant roles. The most-anticipated movie is presented by Salman Khan Films in association with Zee Studios and produced by Salma Khan, Sohail Khan, and Reel Life Production Pvt Limited.