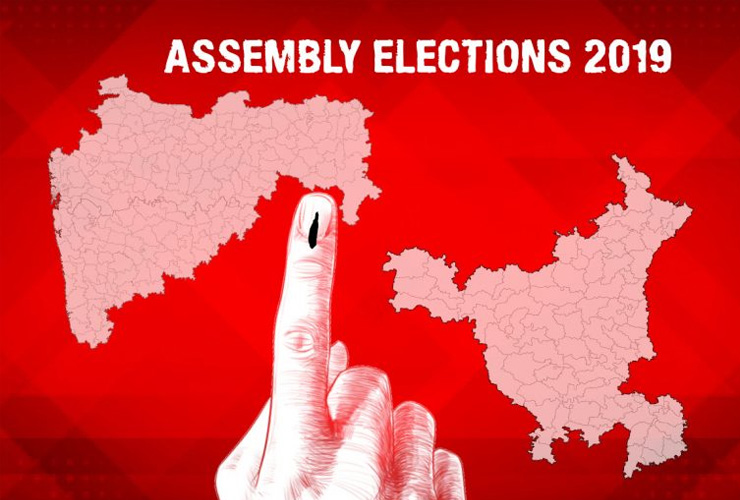 Is another big day awaiting for the ruling Bharatiya Janata Party (BJP)?

Yes, says the exit polls tracking the assembly elections in Maharashtra and Haryana on October 21, 2019.

The sources predict a big win for NDA and are confident about BJP’s return in both the states, which will be ‘first time’ for the party in its history.

In Maharashtra, the ‘Mahayuti Alliance’ comprising of BJP, Shiv Sena and other small parties contested with the ‘Maha-agadhi Alliance of Congress and NCP.

Whereas in Haryana, the fight was between BJP and Congress & JJP for 90 assembly seats.

According to the Election Commission, voter turn-out in the two states was measured at 67.97% in Haryana and 55.33% in Maharashtra.

Bypolls were also held across 51 assembly seats and 2 Lok Sabha constituencies across 18 states.

The exit polls were majorly banking on the Center’s decision on J&K special status.

As per exit polls, the BJP-Shiv Sena alliance in Maharashtra is expected to attain a 3/4th majority in the range of 166-244 seats, easily crossing the 145-seat mark.

Sena is also expected to see a rise in its numbers because of Aditya Thackeray’s entry and subsequent encouragement to the party members.

The entry of Maratha leaders might have added to the strength of the Mahayuti Alliance, say the analysts.