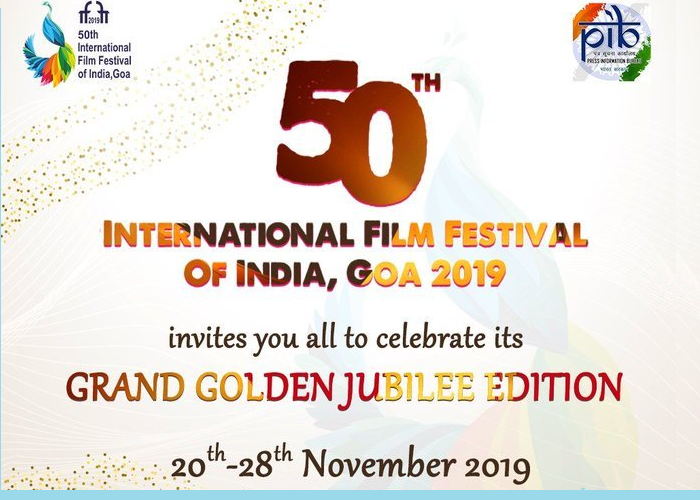 The International Film Festival of India (IFFI) has been a platform for new and old cinematic talents from all parts of the world.

In 2019, IFFI celebrates the Golden Jubilee of its journey and this year also as tradition a section for such Master filmmakers is curated like previous editions titled Master Frames.

The films in this category are, About Endlessness by Roy Andersson, Adults in the Roomby Costa Gavras, By The Grace Of God by Francois Ozon, Commitment by Semih Kaplanoglu, Daniel by  Niels Arden Oplev, Devil Between The Legs by Arturo Ripstein, Family Romance LLC by Werner Herzog, Guest Of Honor by Lifetime Achievement Award Winner of IFFI 2017 Atom Egoyan, Matthias & Maxime by Xavier Dolan, Mr. Jones by Agniezka Holland, Pain And Glory by Pedro Almodovar, The Golden Gloveby Fatih Akin, The Haltby Lav Diaz, The Truthby Hirokazu Koreeda, The Weasel’s Taleby Juan José Campanella and Young Ahmedby Dardenne Brothers.

50th IFFI will be having World Premiere of Turkish Master Semih Kaplanoglu’s film Commitment which is the Oscar entry from Turkey this year.

Only 25 Days to Go for the Movie Madness to Begin in Goa, at the 50th edition of @iffigoa 🎬

Nearly most films in this category are premiering for the first time in India since their completion of production which is a matter of pride for IFFI.

IFFI proudly showcases the films and their makers to the large number of film enthusiasts especially from the Indian subcontinent who flock the festival every year eagerly hoping to have a glimpse of the world cinema.

2019 marks the 50th year of the International Film Festival of India (IFFI), which is often counted amongst one of the earliest film festivals of the Asian continent. The 50th International Film Festival of India,2019 will witness over 200 best films from 76 countries, 26 feature films and 15 non feature films in Indian panorama section and more than 10,000 people and film lovers are expected to participate in the golden jubilee edition.