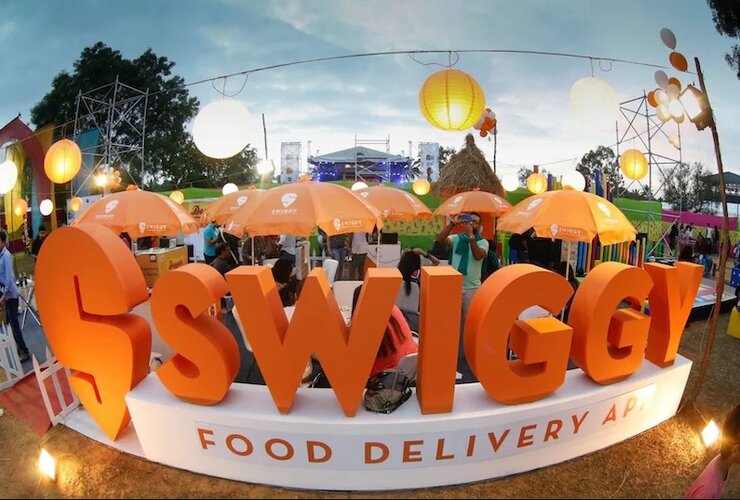 Swiggy has raised about $800 million in a new financing round, the Indian food delivery startup told employees on Monday, as it looks to expand its business in the country quarters after the startup cut its workforce to navigate the pandemic.

“This fundraise gives us a lot more firepower than the planned investments for our current business lines. Given our unfettered ambition though, we will continue to seed/experiment new offerings for the future that may be ready for investment later. We will just need to now relentlessly invent and execute over the next few years to build an enduring iconic company out of India,” wrote Majety in the email obtained by TechCrunch.

Majety didn’t disclose the new valuation of Swiggy, but said the new financing round was “heavily subscribed given the very positive investor sentiments towards Swiggy.” According to a person familiar with the matter, the new round valued Swiggy at over $4.8 billion $4.9 billion. The startup has now raised about $2.2 billion to date.

Swiggy had raised $157 million last year at about $3.7 billion valuation. That investment is not part of the new round, a person familiar with the matter told TechCrunch.

He said the long-term goal for the startup, which competes with heavily-backed Zomato and new entrant Amazon, is to serve 500 million users in the next 10-15 years, pointing to Chinese food giant Meituan, which had 500 million transacting users last year and is valued at over $100 billion.

“We’re coming out of a very hard phase during the last year given Covid and have weathered the storm, but everything we do from here on needs to maximise the chances of our succeeding in the long-term,” wrote Majety.

Swiggy last year eliminated some jobs — so did Zomato — and scaled down its cloud kitchen efforts as it attempted to stay afloat during the pandemic, which had prompted New Delhi to enforce a months-long lockdown.

Monday’s reveal comes amid Zomato raising $910 million in recent months as the Gurgaon-headquartered firm prepares for an IPO this year. The last tranche of investment valued Zomato at $5.4 billion. During its fundraise, Zomato said it was raising money partially to fight off “any mischief or price wars from our competition in various areas of our business.”

A third player, Amazon, also entered the food delivery market in India last year, though its operations are still limited to parts of Bangalore.

At stake is India’s food delivery market, which analysts at Bernstein expect to balloon to be worth $12 billion by 2022, they wrote in a report to clients earlier this year. Zomato currently leads the market with about 50% market share, Bernstein analysts wrote.

“We find the food-tech industry in India to be well positioned to sustained [sic] growth with improving unit economics. Take-rates are one of the highest in India at 20-25% and consumer traction is increasing. Market is largely a duopoly between Zomato and Swiggy with 80%+ share,” wrote analysts at Bank of America in a recent report, reviewed by TechCrunch.

“The food delivery business is the strongest it’s ever been, and we’re now well on our way to drive continued growth over the next decade. In addition, some of our new bets like Instamart [grocery delivery business] are showing amazing promise while we’ve also made strides in setting up some of our other adjacencies for liftoff very soon.”