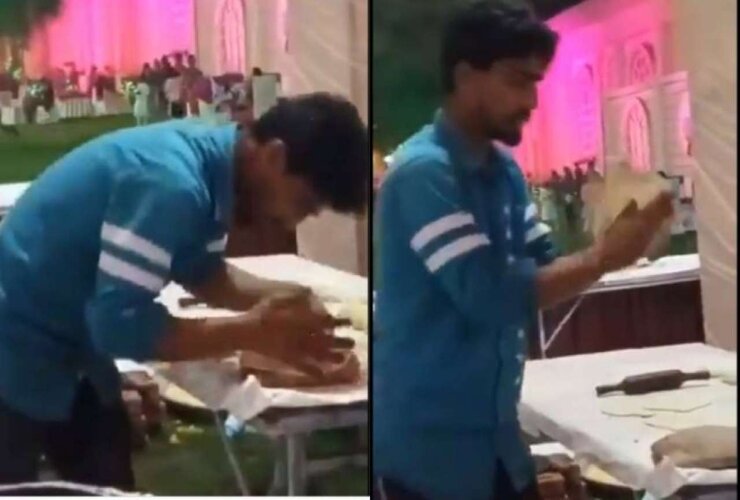 A man, identified as Sohail, has been arrested for spitting on tandoori rotis while cooking at a marriage ceremony in Meerut, Uttar Pradesh.

He was arrested by the police after a video of him spitting on rotis went viral on social media. The marriage took place at Aroma Garden, Meerut, on February 16, 2021.

In the video, secretly filmed by one of the guests at the wedding, Sohail can be seen spitting on every roti before putting it in the tandoori.

As soon as the video was posted on social media, netizens, outraged by the disgusting visuals, demanded strict action against the cook and requested police to probe into the matter.

The Hindu Jagran Manch protested outside the LLRM Police Station in Meerut and escalated the matter. Subsequently, an FIR was registered against Sohail.

According to the Meerut Police’s Twitter handle, the man was booked under IPC sections 268, 269, 188, and three other Epidemic Diseases acts, for which the accused could be sentenced to jail for at least three years.

“The station in-charge of Partapur has been conveyed to launch necessary action or investigation in connection with the case,” said the Meerut Police.

Meanwhile, Hindu Jagran Manch President Sachin Sirohi demanded that CCTV cameras must be installed at the wedding venues to prevent any such bizarre incidents in the future.