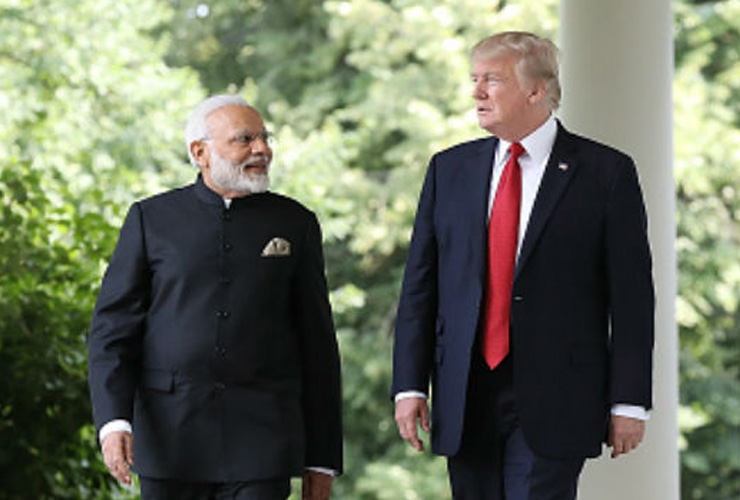 The whole nation is waiting for President Trump, who is scheduled to land here on his maiden trip to India on February 24, 2020.

The US President is accompanied by his wife Melania Trump, daughter Ivanka Trump, son-in-law Jared Kushner and top officials of his administration.

The Airport Authority of India (AAI) has made all arrangements at the respective airports for safe and timely landing of the US President.

Jaipur AAI has been prepared to receive the Air Force One flight Trump is flying in, if weather conditions obstruct landing in Delhi.

Meanwhile, security has been tightened at the Motera Stadium in Ahmedabad, where Modi-Trump mass address ‘Namaste Trump’ is scheduled to happen later today. 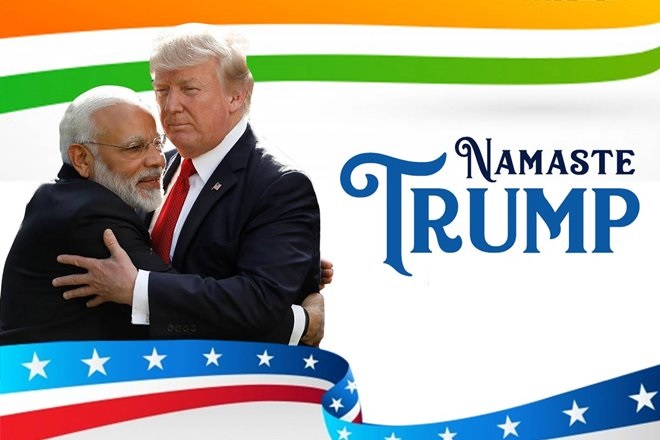 Besides, a tight security has been deployed along the entire route that will have Trump and Modi passing by.

Around 108 senior police officers, 33 Deputy Commissioners, 75 Assistant Commissioners and thousands of junior officers have been deployed part of security measures in the city. 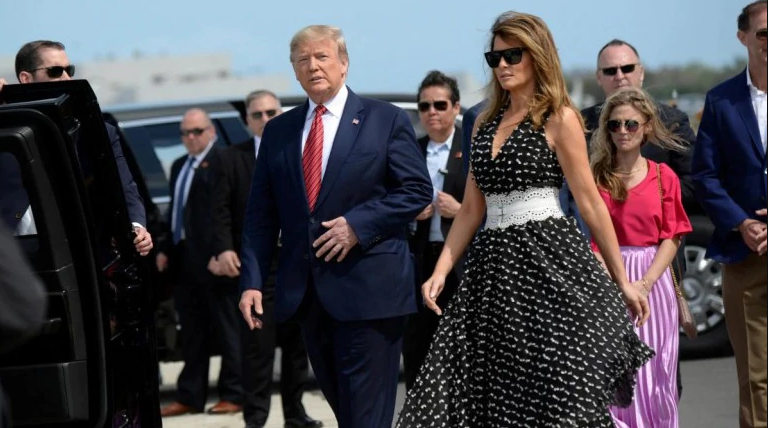 Trump has been scheduled to land at the Sardar Vallabhbhai Patel Airport at 11: 40 am today, but has arrived quite early at 10:27 am IST.

He is then scheduled to head to the Sabarmati Ashram and spend some time there.

Post that, the duo will head to the Motera meeting at 1:05 pm.

PM and Trump will participate in a roadshow in Ahmedabad before taking on the Motera Stadium. 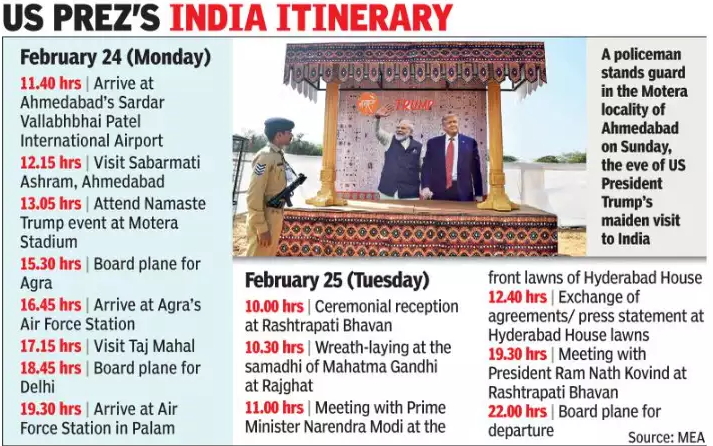 More strategic deals pertaining to trade and cooperation in other sectors are expected during Trump’s 2-day visit to India.